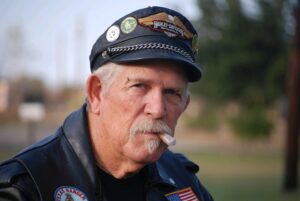 Larry Wayne Perry Sr., 80, a long-time resident of Birthright, passed away Aug. 20, 2021 in his home. Family and friends are welcome to attend a graveside service Sept. 5, 2021, at 1 p.m. at the North Hopkins Cemetery with Buddy Wiggins officiating.

Larry was born the son of Joel L. Perry and Eliza Louise Miller Perry in Van Alstyne, TX on April 11, 1941. He was married to Virgina Albertson Parker, who preceded him in death in November 2020.

He was well known in the Birthright community and often answered to “Unc” and “Papa Harley.” He worked as an electrician at OceanSpray until he retired, but as most know, there wasn’t anything he couldn’t fix. He was a master of all trades and could build anything with his bare hands.

He was preceded in death by his parents, wife, brothers Joel Perry of Yuma, AZ, Robert Perry of Birthright, Billy Martel of Birthright, Dennis Ray Perry of Van Alstyne, and daughter, Linda Jo Lebaron of Sherman.