Citizen Tate Price appeared before the council to request a replat of a family property, from one lot into seven lots. Price stated the family intended to build duplexes on the lot.

The 1.93 acre property is located north of Woodside Lane, nearest 1680 Woodside Lane. The proposal request provides for road and setback exceptions, and for a new road to be constructed.

Community development director Tory Niewiadomski advised the council that this request had already been approved by the Planning and Zoning Commission (P&Z) and the Zoning Board of Adjustments (ZBA).

Mayor John Sellers stated he believed Woodbridge Crossing subdivision “has all that what-all, I can’t tell what’s what out there and everything is backwards.”

Nonetheless, Niewiadomski said, the design of the Price duplexes were consistent with the Woodbridge Crossing subdivision as a whole and met fire and water codes.

Sellers inquired of Price if the goal of the duplexes “were to make them look like the rest of the neighborhood” and Price answered in the affirmative. 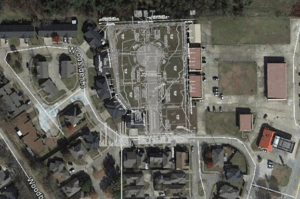 Council member Gary Spraggins stated he believed the “Price boys have a good reputation on everything they’ve done.”

With no further discussion, the council unanimously approved the request, with council member Jay Julian recusing himself.

City manager Marc Maxwell requested that moving forward, 380 agreements be approved by the council in bulk as part of a consent agenda.

Spraggins speculated that “some seedy characters” could use such knowledge to their advantage, and Sellers said he didn’t believe that would necessarily be the case.

Regardless, said Maxwell, any time a council member believed a 380 agreement was nonstandard for whatever reason, they could ask to have it examined by the council individually.

“We can consider rescinding it as we go,” city attorney Jim McLeroy advised.

Council members indicated they agreed with this idea. The council resolved to begin this plan on their next agenda.

Citizen Paulino Reyes petitioned the city to rezone Lot 3R-3, Block 55, at 125 Weaver Drive, from heavy industrial to multifamily in order to accommodate a duplex he planned to build.

Niewiadomski advised the request for the 1.89 acre property was previously approved by the ZBA in July.

Council member Doug Moore inquired if rezoning the area would lead to problems in the future if business owners wanted to continue building the land as heavy industrial.

Niewiadomski replied no, that neighbors to the property include a church and a museum, and the land-use plan from the city on Weaver Drive includes residential.

Adding historical context, Sellers noted that the property once housed a temporary fire station, and before that, a cotton gin.

“It was probably the last existing cotton gin in the area, that’s originally why that area was zoned the way it was,” Sellers said.

With no further discussion, the council unanimously approved the request.