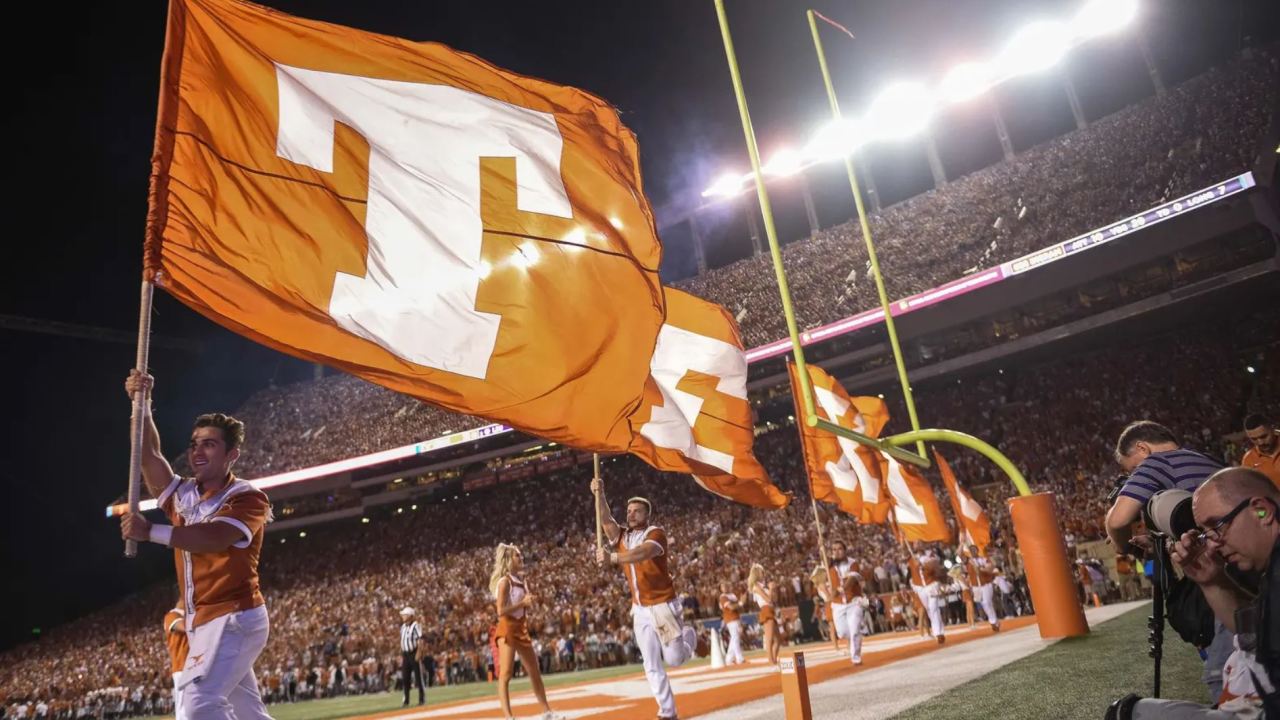 A group of Texas lawmakers filed legislation Friday that would prohibit Texas public colleges and universities from switching their affiliations with collegiate athletic conferences without approval from the Legislature.

House Bill 298 — filed by Rep. Dustin Burrows, R-Lubbock— has more than 30 co-authors but is effectively a symbolic move to express the lawmakers’ displeasure. The bill is unrelated to any of the topics placed on Gov. Greg Abbott’s special session agenda, which means it’s ineligible to be passed into law.

Even if Abbott, a UT alumnus, added the football legislation to the special session call, it would likely be fruitless as the Legislature has been ground to a halt because Democrats absconded to Washington, D.C., 11 days ago to break the House quorum and block a GOP voting bill.

Burrows, who received his law degree and MBA from Texas Tech, said in a press release that Texas universities play a significant role in the economic development, tourism and overall prominence of their respective regions.

“A decision to switch to a different athletic conference affects the opportunity and stability of our publicly-funded universities across the state and must be fully vetted in the most transparent and comprehensive manner possible,” he said.

Rep. Jeff Leach, R-Plano, a Baylor University alumnus, also signed on to the bill. Leach was among a small group of lawmakers who met with Abbott’s office Thursday to discuss objections to the move. Abbott’s office did not respond to a request for comment.

Leach said in a statement Friday that decisions related to conference realignments could “potentially have monumental impacts on the entire State of Texas.”

“The effects could be devastating,” Leach wrote. “Such important decisions must not be made by a select few behind closed doors, nor should they be unduly impacted by out-of-state interests who have little care or concern for the people of Texas.”

“The exceptionalism of the great state of Texas must not be left in the hands of a few but is a responsibility to be shared by all,” Burrows said.

Burrows did not respond to requests for comment Friday.

If UT and OU were to leave the Big 12, it would have drastic effects on the remaining Texas schools that are part of the conference, such as TCU, Baylor and Texas Tech.

The size and scope of the two schools’ football programs help drive television revenue and interest for all of the teams in the conference. SEC paid participating schools $44.6 million last year from television rights fees, and the Big 12 paid $38.3 million, according to reporting from the Houston Chronicle.

This isn’t the first time UT has pondered leaving the Big 12. It happened 11 years ago when it considered leaving alongside Texas A&M for the Pac-12 conference, until the Big 12 offered a bigger league payout.

Texas A&M left in 2011 for the SEC. Texas A&M athletic director Ross Bjork told the Chronicle on Wednesday that the Aggies’ stance is clear: A&M wants to be the only program from the SEC in the state of Texas.

“A&M is a flagship university, and with the size and scale of our place, we should have our own stand-alone identity in our own conference,” he said.

If UT and OU were to join, 16 schools would be part of the SEC and make it the first national superconference.