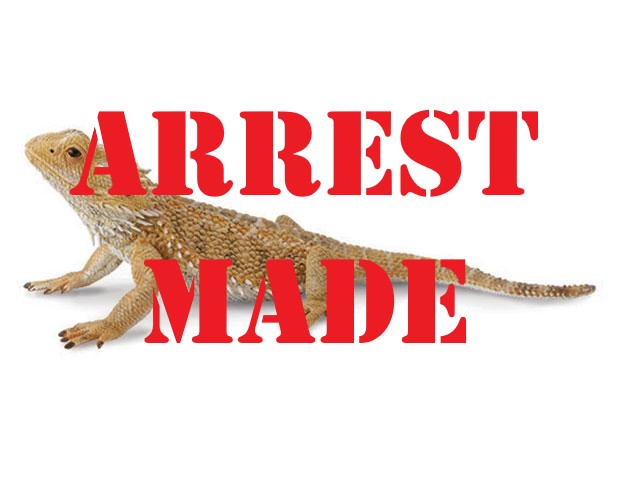 Sulphur Springs Police Department responded to a report of a disturbance at a home in the 500 block of S. Locust St. in the 3 a.m. hour on July 3rd.

SSPD made contact with  Laura Elaine Ybanez. She admitted that she entered the residence through a window and that she’d been previously issued a criminal trespass warning for the property.

The resident said that Ybanez and four other males had attempted to take a PS3 but he’d been able to recover it.

Ybanez was taken into custody and officers were later informed that a bearded dragon lizard had been stolen from the property. Ybanez admitted to taking the lizard.