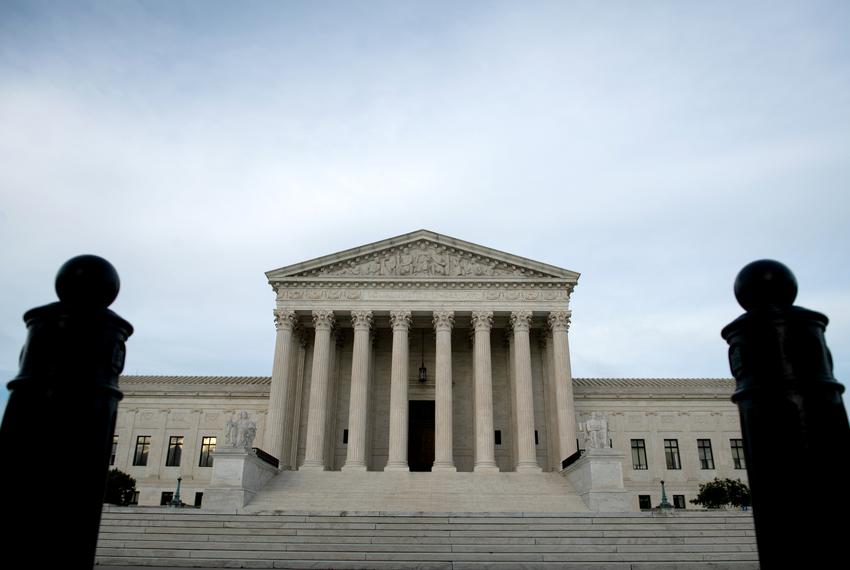 The Supreme Court on Thursday upheld two Arizona voting restrictions that a lower court had said discriminated against voters of color.

Justice Samuel A. Alito Jr. wrote the opinion in the 6 to 3 ruling, which divided the court along ideological lines. Voting rights experts said the decision could make it harder to challenge some of the new voting restrictions being passed by state legislatures around the country. The Texas Legislature is expected to convene next week to consider legislation that would impose new restrictions on voting.

The court was considering the shield provided by the Voting Rights Act (VRA), first passed in 1965 to forbid laws that result in discrimination based on race.

The cases involved two voting regulations from Arizona that are in common use across the country. One throws out the ballots of those who vote in the wrong precinct. The other restricts who may collect ballots cast early for delivery to polling places, a practice then-President Donald Trump denounced as “ballot harvesting.”

Even the Biden administration had concluded that the U.S. Court of Appeals for the 9th Circuit had erred in condemning the Arizona laws. So the outcome was not a surprise.

But the greater impact will be how VRA relates to an outpouring of new laws enacted by state legislatures that have changed voting procedures, and on the drawing of congressional and legislative districts after the 2020 Census.

Alito wrote that the majority declines to “announce a test to govern all … claims involving rules, like those at issue here, that specify the time, place, or manner for casting ballots.”

But he said certain “guidelines” should be considered, such as the size of the burden imposed by a challenged rule; the disparities imposed on different racial and ethnic groups and the opportunities for voting provided by a state’s entire system for voting.

Also: “One strong and entirely legitimate state interest is the prevention of fraud,” Alito wrote. “Fraud can affect the outcome of a close election, and fraudulent votes dilute the right of citizens to cast ballots that carry appropriate weight. Fraud can also undermine public confidence in the fairness of elections and the perceived legitimacy of the announced outcome.”

Reacting to Trump’s false claims of widespread fraud, Republican-led legislatures are racing to enact laws that cut back on easements to voting implemented in part because of the coronavirus pandemic.

Even if investigations by Trump’s Justice Department and other Republican officials failed to substantiate the charges, they say changes are needed to ensure public confidence in election outcomes.

Democratic lawyers are challenging changes in the South and Midwest. Attorney General Merrick Garland has filed a complaint about changes made to Georgia’s voting laws.

Justice Elena Kagan wrote a stinging dissent, saying the court was undermining the intent of the VRA by weakening the protections in Section 2.

“Wherever it can, the majority gives a cramped reading to broad language. And then it uses that reading to uphold two election laws from Arizona that discriminate against minority voters.”

She added: “What is tragic here is that the Court has (yet again) rewritten — in order to weaken — a statute that stands as a monument to America’s greatness, and protects against its basest impulses.”

The liberal Brennan Center for Justice said that at least 880 bills proposing election law changes have been introduced in 49 states. Of these, at least 28 bills with expansive provisions have been signed into law in 14 states.

In 2013, the Supreme Court made it harder for civil rights groups to challenge such changes. It effectively eliminated the requirement that states proven to have discriminated against people of color in the past receive advance approval from a panel of federal judges or the Justice Department before changing their laws.

The court was examining a part of the voter protection law called Section 2, which was amended in 1982 to prohibit any voting practice that “results in a denial or abridgment of the right of any citizen of the United States to vote on account of race or color.”

It most often has been employed against jurisdictions that rig election lines to dilute the impact of voters of color. But after the decision in Shelby County v. Holder, civil rights groups are using it to challenge restrictions they say place a heavier burden on people of color.

Lower courts are working through how to apply the law in these new challenges.

In Arizona, Democrats challenged the two provisions on out-of-precinct voting and ballot collection. A district judge held a trial and upheld them. A panel of the U.S. Court of Appeals for the 9th Circuit agreed with that decision on a 2-to-1 vote.

But a larger panel of the 9th Circuit stepped in, and said that the way the provisions were applied in Arizona disproportionately affected Black and Hispanic voters.

Those judges said that the state changed locations of voting places more often in communities with large amounts of people of color, leading to voter confusion, and that the rates of discarded out-of-precinct (OOP) votes were far higher in Arizona than in other states. Arizona throws out the entire ballot, even if some races — for governor, for instance — are not affected by the voter’s precinct location.

Democrats said that between 2008 and 2016, Arizona discarded 38,335 OOP ballots in general elections, all of which were cast by registered, eligible voters.

The judges said the ban on collecting ballots was intentionally passed to harm voters of color, who they said were more likely to be homebound or disabled and also lacking reliable means to vote in person. Native Americans had in the past been served by community or political leaders who collected early vote ballots, the court said.

“There is no evidence of any fraud in the long history of third-party ballot collection in Arizona,” Judge William A. Fletcher wrote. The court’s 6-to-5 ruling that the discrimination was intentional is a rarity in federal court reviews of state actions.

Arizona countered that it makes exceptions for ballot-handling by family and household members and caregivers, and that nothing prevents Arizona from taking action to prevent fraud.

In an unusual letter to the Supreme Court, the Biden administration somewhat reluctantly agreed that Arizona’s laws do not violate Section 2.