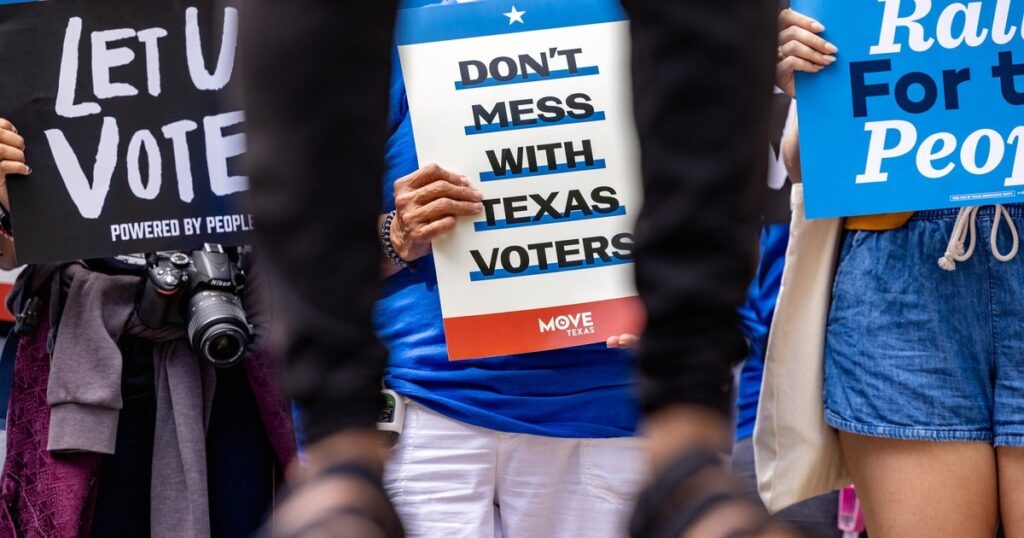 WASHINGTON – U.S. Sens. John Cornyn and Ted Cruz joined with their Republican colleagues to block a sweeping overhaul of the nation’s elections on Tuesday.

While a majority of the Democratic-controlled Senate backed the bill, enough Republicans banded together to use the filibuster to block the bill from receiving an up-or-down vote.

Both Texas senators prior to the vote characterized the bill as a power grab on the part of Democrats.

“This is a politically-motivated federal takeover of our elections, and it will not stand,” Cornyn said on the Senate floor Monday.

Cruz has been referring to the bill as the “corrupt politicians act” and tweeted this week that the bill was a “brazen power grab to steal the rights of voters.”

Democrats have for months called for standardizing federal voting rules, especially as state legislatures like Texas’ attempt to pass laws that could disenfranchise voters of color.

When the bill came before the Democrat-controlled U.S. House earlier this year, it passed along party lines in the Texas delegation.

The legislation, known as the For the People Act, would have enacted major changes across the country and created federal standards for campaign finance, voting, redistricting, voter registration and election security.

Among the bill’s provisions, it would have expanded automatic and same-day voter registration — neither of which Texas has — voting by mail and early voting. It also would have limited removing voters from the voter rolls. Additionally, the bill would have created independent redistricting commissions to draw Congressional lines in all states, which would take that power from the Republican-controlled Texas Legislature.

The bill would also have improved the exchange of election security threat information between federal and local officials who administer elections and would have required candidates for president and vice president to release 10 years of tax returns.

There remains a glimmer of hope that a narrower voting rights bill might get through the Senate which could include priorities outlined by a key Democratic senator, Joe Manchin of West Virginia, or take the form of a bill from the last session of Congress known as the John Lewis Voting Rights Advancement Act. In that bill, the federal government would reinstate a process called preclearance, which would force states with a history of racial discrimination to submit their Congressional maps and any changes to elections to the Justice Department for approval.

That bill passed the U.S. House in 2019 but has not yet been introduced this term.

Texas Democratic legislators have traveled to Washington to lobby lawmakers to support the For the People Act and the John Lewis Voting Rights Advancement Act. On Tuesday morning ahead of the vote, state Rep. Trey Martinez Fischer, a San Antonio Democrat, released a letter signed by nearly 500 state legislators around the country that called on Congressional leadership to pass both bills.

Despite that national lobbying campaign to pass the bill, there were few expectations the For The People Act would pass the Senate.

Some advocates of the bill held out hope that Democrats would pass the bill by eliminating or amending the filibuster, the process by which a bill must garner the support of 60 senators before it can reach the floor for a simple majority voter. At this point, Manchin and another Democrat, U.S. Sen. Kyrsten Sinema of Arizona, have expressed opposition to changing the Senate rules.