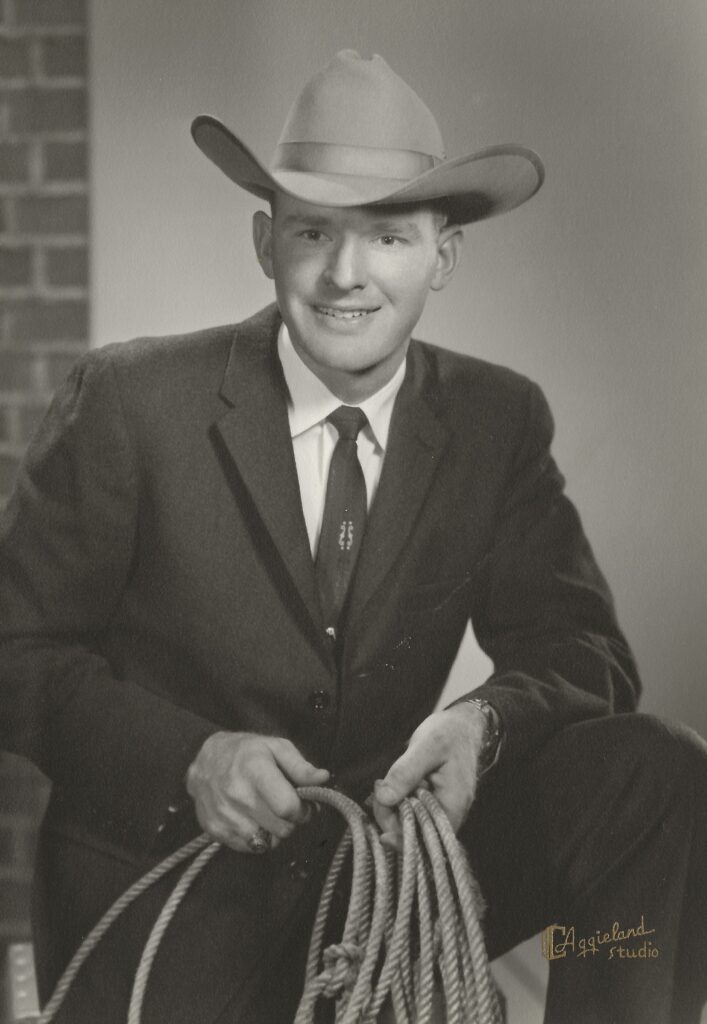 Donald Joe Osbourn was born to Clarence and Clytie Osbourn on April 22, 1939 in Llano County, Texas.  He was the 2nd of five children. They were a farm family and he helped his Dad farm peanuts and hay and raise cattle, hogs and sheep. He was also involved in 4-H and FFA where he showed championship hogs and chickens. In addition, his livestock judging team achieved many awards.

He attended Texas A&M University where he made his mark as high individual in the Animal Science Department and a member of the winning National Intercollegiate Livestock Judging Team. He also was the winner of the Little Southwestern, and was president of the Saddle and Sirloin Club. He graduated from Texas A&M in 1961.

Upon graduation, Donald took a position as Assistant County Agent in Jim Wells County working mainly with 4-Hers.  He enjoyed working with these teenagers, giving them an example of a Christian man as well as teaching them about livestock and encouraging them to further their education. He also taught teenage Bible Classes at the local Church of Christ.

He returned to A&M where he worked towards a graduate degree while teaching the Feeds and Feeding class.  His research involved livestock nutrition, and he judged or was superintendent of many livestock shows throughout the state.

Donald moved to the position as manager of the Texas A&M Hog Farm, where he continued to teach, judge livestock shows, do research in livestock nutrition and mentor young men.

After three years, they moved back to Llano for Donald to work for Hasse Feed Mill, as a nutritional consultant and to start his own hog and cattle operation.

He eventually developed his own livestock premix business and traveled around the state working with producers developing feed formulas. In 1970, at the age of 31, Donald was selected as the second Texan to receive the Pork All-American from the National Pork Producers Association.

His daughter Korky was born in February 1971. As they grew, their children competed widely in junior rodeos and livestock shows.

Seventeen years later he moved to Sulphur Springs to oversee cattle operations in Hopkins and Red River Counties. Eventually he began working for JX Ranches in Red River County, but kept his own herd of purebred Angus cattle and quarter horses.  At 78 years of age Donald retired and once again purchased his own retirement farm, with pure-bred angus cattle and horses.

Donald will be remembered as a Christian man with a positive influence on the lives of many young people as well as his own 2 children and 4 grandchildren.

With all his accomplishments in life, he felt his greatest accomplishment was his two children building Christian homes and examples for his grandchildren.