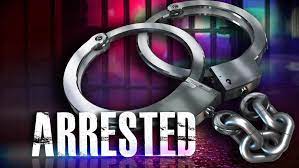 HCSO deputies pulled over Denise Demond Loudon at the 135 mm of I-30 westbound shortly after 5 am. Loudon appeared to be under the influence of an unknown substance and a search of his car was conducted.

A Xanax pill was located in a handbag and Loudon was placed under arrest.

Jail staff notified deputies that Loudon was attempting to conceal a substance by crushing it in his hand and then attempted to conceal the substance in a body cavity. The substance was identified as crack cocaine.

Loudon is charged with possession of drug paraphernalia, possession of a controlled substance, and tampering with physical evidence.