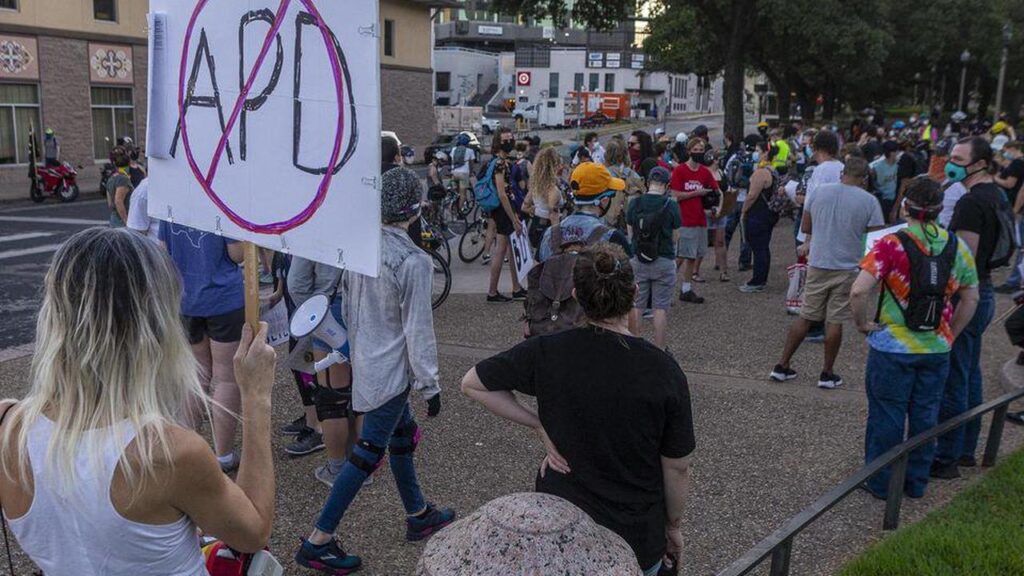 The Texas House on Thursday voted to financially penalize the state’s largest cities if they cut their police budgets.House Bill 1900 comes after a year of civil rights advocates calling on cities to reduce what they spend on policing and to reform police behavior. Those calls were spurred by high-profile deaths at the hands of police like George Floyd’s in Minneapolis and Mike Ramos’ in Austin.

Among Texas’ largest cities, only Austin cut its law enforcement funding last year, though almost all of that decrease came from an accounting shift of money that still allows traditional police duties to remain funded, but potentially in different city departments. Still, the city’s response to some activists’ calls to “defund the police” prompted harsh and immediate backlash from Republican state leaders, who have pointed to fast-rising homicide rates throughout the state and country as a reason to maintain police funding levels.

Gov. Greg Abbott became laser-focused on Austin’s budget and “backing the blue,” making legislation to punish cities that decrease police funding one of his emergency items this year.

On Thursday, after two hours of heated debate, HB 1900 was preliminarily approved on a 91-55 vote. It still needs a final vote on the House floor before it can move to the Senate. The Senate’s related bill, which would require an election before cities could decrease police funding, passed out of the upper chamber last month.

HB 1900 was authored by Republican state Reps. Craig Goldman, Will Metcalf, Greg Bonnen and Angie Chen Button and Democrat Richard Peña Raymond. If a city with more than 250,000 residents was determined by the governor’s office to have cut police funding, the bill would allow the state to appropriate part of a city’s sales taxes and use that money to pay expenses for the Texas Department of Public Safety. Such cities would also be banned from increasing property taxes or utility rates, which could have been used to compensate for the reapportioned sales taxes.

The bill does allow cities to cut police department budgets if such a decrease is proportionally equal to an overall city budget decrease. Cities can also get approval to cut police budgets if expenses for one year were higher because of capital expenditures or disaster response. The bill would also let neighborhoods annexed in the last 30 years to vote to deannex themselves from a city that has decreased funding to its police department.

“As municipalities across this nation are defunding their police departments, are taking money away from the police budgets and putting them elsewhere in their city budgets, this bill makes sure that in the state of Texas, that is not going to be allowed,” Goldman, a Fort Worth Republican, said on the House floor Thursday.