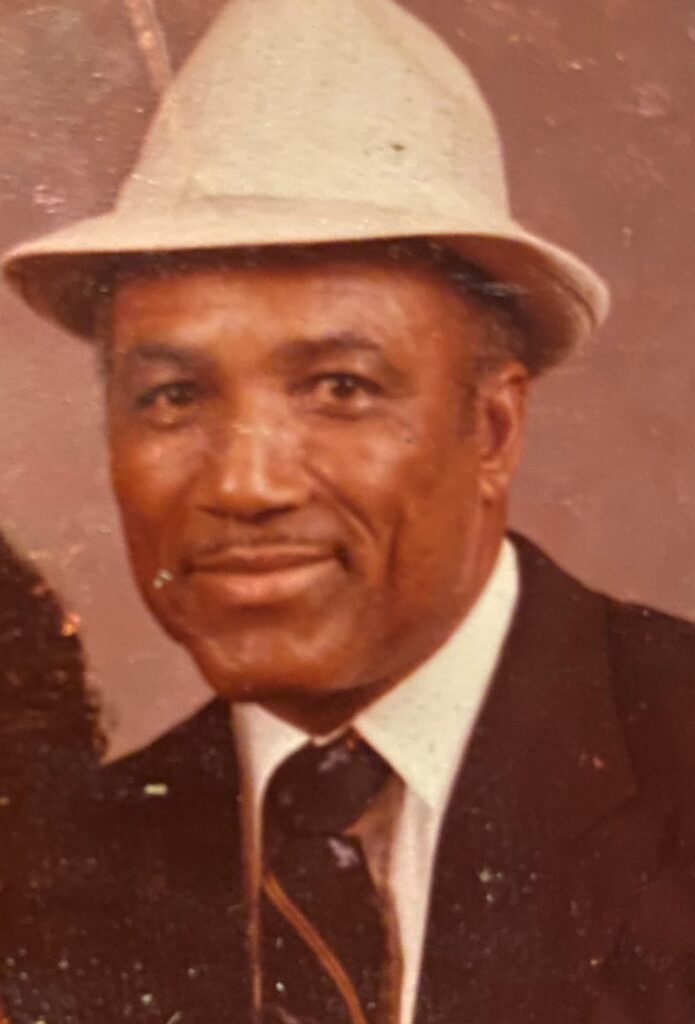 Allen “Bo” Hollins Jr was gifted by God to his parents Orine Hollins-Wilson, and Hubert Richardson on the 9th day of March of the year 1929.  Raised in Newsome, TX by his grandparents Elizah “Goldan” & Allen “Punch” Hollins Sr, who his mother named him after as tribute.  It was during his raising that he learned his attributes as a person of faith, family, and community.  He began his own family on March 29, 1952, when marrying Lou Ella Anderson-Hollins.  To this union six children were born.  The blueprint of what a father should be.  He led his family by faith and service.  Rearing them in the Faith Temple Church of God in Christ in his hometown.  Well after resettling in Como, TX where he built his first home, and operated his dairy farm in 1971.  He served as Sunday School Superintendent, was a member of the deacon board, and belonged to Columbia Lodge #81 in Sulphur Springs, TX.  With a voice that was both soft and thunderous.  Bo loved singing and playing his guitar.  In church he led devotion and sang with the men’s quartet.  His favorite song was “I Want to Be at the Meeting”.  He captured many hearts with his kind words, and explanations of how to navigate through this world with both love & understanding for others.  “In other words”, was a phrase commonly accompanied by his hand jesters as he spoke.  None knew this better than his buddies at the Sulphur Springs Livestock Auction.  Where he was employed during his semi-retirement.  Allen left this world to enjoy a far better eternity on Friday, April 30th.  Leaving to miss him wholeheartedly his son Charles, daughters Linda of San Antonio, Cynthia of Sulphur Springs, and Joyce of Fort Worth.  His Grandchildren Stephanie (Marcus) Passmore, Ayana Pryor, Allen Lynn Hollins, Heavan Walton, Nikita Hollins, and Jayla Norris. His siblings, Sharon Richardson, Catherine Duffy Allen, DD Duffy, and Hines Wilson (Faye). Alongside his great grandchildren, a host of nieces, nephews, and cousins, and all he ever met.  Because to know him was truly to love him. He was met in glory by both parents, his sons Timothy and Vickey, and granddaughter, Delecia Simmons.