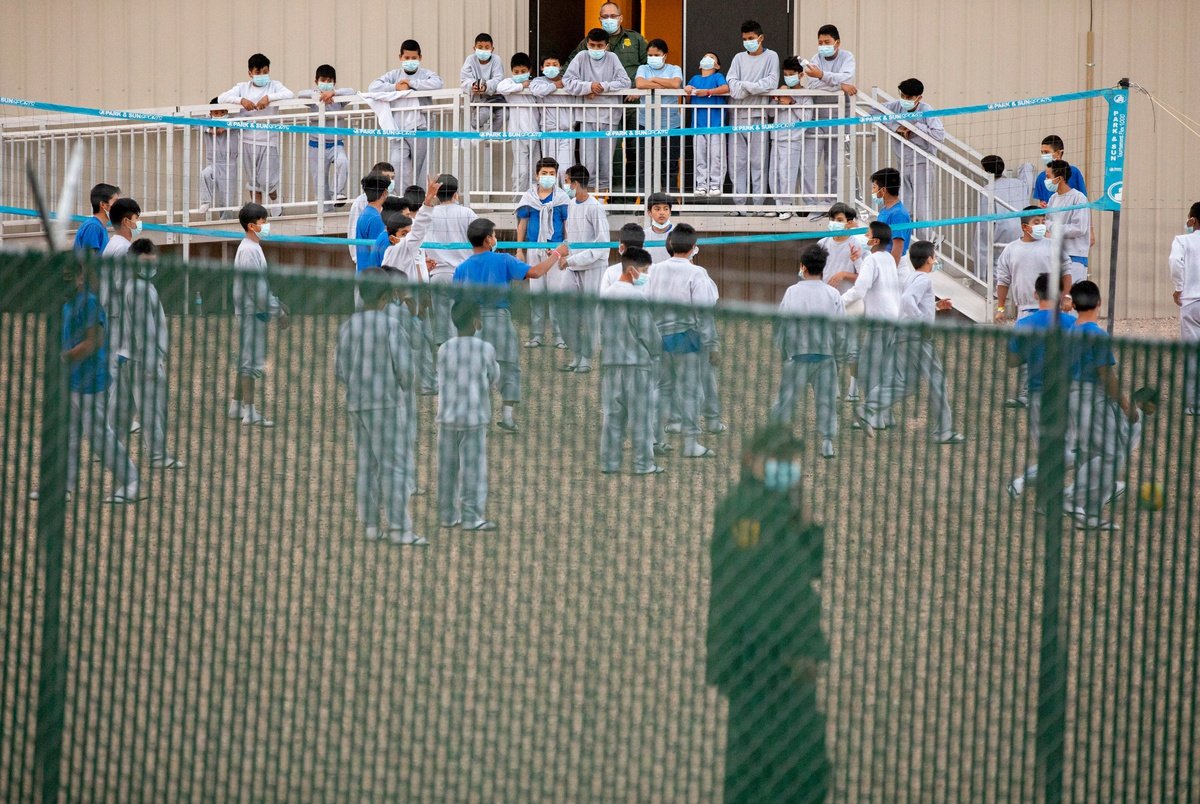 The Biden administration appears to be spending at least $60 million per week to care for the more than 16,000 migrant teenagers and children in shelters operated by the Department of Health and Human Services, and those costs are expected to rise significantly over the coming months, according to an analysis of government data obtained by The Washington Post.

With a record number of unaccompanied minors arriving at the border in the past several weeks, HHS quickly filled the 7,700 available beds in its network of permanent shelters, where the cost of caring for a child is about $290 daily and capacity has been reduced by COVID-19 protocols.

The administration has raced to set up at least 10 large emergency facilities, creating 16,000 temporary beds for migrant children in convention centers, at converted oil worker camps and on military bases. About 8,500 children are living at these pop-up sites, and 4,000 more are waiting to be transferred from cramped border facilities.

The cost of these emergency sites is more than two and a half times higher than the more permanent shelters “due to the need to develop facilities quickly and hire significant staff over a short period of time,” said Kenneth Wolfe, a spokesperson for HHS’s Administration for Children and Families. He said the average daily cost per child is “approximately $775 per day based on past experience.”

Reporters have repeatedly asked the Biden administration for cost data associated with the emergency shelters, aside from the $775 figure. Officials have not provided a breakdown by location or indicated whether there are financial savings associated with the use of military bases, for instance, in comparison with other sites.

Teens and children are spending an average of 31 days in HHS custody before they are released to a vetted family member already in the United States or to an eligible sponsor, according to the most recent HHS data, so the government is spending about $24,000 for each minor held at the temporary facilities. That doesn’t include time spent in a Border Patrol facility.

The government projects that by September, about 22,000 to 26,000 unaccompanied minors will arrive each month and require HHS care, further stretching spending levels. Biden officials say they do not plan to ask Congress for supplemental funding to cover the costs of the emergency sites.

During a historic influx of migrant family groups in 2019, the Trump administration got Congress to approve a $4.6 billion supplemental funding bill, money that was used in part to expand shelter capacity and improve care for migrants in government custody.

Last month, the Administration for Children and Families received $47.5 billion in funding through the $1.9 trillion coronavirus relief bill approved by Congress. The HHS secretary has authority to reprogram discretionary spending for the unaccompanied minors program, affording the agency a significant cushion for shelter costs that could run into the billions of dollars this year.

With assistance from the Federal Emergency Management Agency, HHS has opened or announced plans to open at least 10 emergency sites in California and Texas in recent weeks. Thousands of migrant teens are now housed at convention centers in Dallas, San Antonio and San Diego; others are sleeping in church shelters in Houston, tent facilities in South Texas and modular housing near oil drilling sites outside San Antonio and Midland.

The largest temporary shelter announced to date is at Fort Bliss — an Army post in El Paso — which will have as many as 5,000 beds.

The facilities are overseen by HHS but generally operated through contracts with nonprofit groups and faith-based organizations. Among the most significant costs are staffing and insurance, officials say. The Biden administration has struggled to staff the sites quickly, and has circulated several appeals within the Department of Homeland Security for volunteers to help care for minors alongside the Red Cross, HHS medical personnel and others.

The search for volunteers among federal employees has expanded outside DHS and HHS. On Thursday, employees at the Federal Trade Commission received an all-staff email seeking candidates willing to help at shelters along the border with Mexico. “Employees will be working 12-hour shifts and may be required to walk long distances along steep, rugged terrain and respond quickly to life-threatening situations,” read the internal FTC email, which was obtained by The Post.

While the HHS network of smaller, more permanent shelters is generally licensed by state inspectors, the temporary sites are unlicensed. But the agency says the conditions they provide are equal to the standards at licensed facilities.

The temporary shelters are widely considered a significant improvement over the cramped border tents where minors are initially held by CBP after they cross the border. Images of those facilities have appeared in recent weeks showing teens and children sleeping shoulder to shoulder on floor mats, and lawyers say many have complained of going days without being able to shower.

The $60 million per week HHS spending estimate does not include the costs of the tent sites. The largest, in Donna, costs about $16 million per month, according to CBP officials. The agency opened an additional tent facility near Eagle Pass this month and is considering establishing another processing site in Arizona to ease overcrowding at border stations there.

The temporary shelters run by HHS typically offer educational and recreational programming as well as medical services and opportunities for minors to communicate with their families. The Biden administration says it is trying to streamline the vetting process for sponsors so that minors with parents and immediate relatives in the United States can be released faster.

“HHS is committed to ensuring all unaccompanied children referred to our custody are cared for appropriately,” Wolfe said. “To do so, we make every effort to ensure funds are used as effectively as possible to provide safe shelter and adequate services and that costs are contained to the degree possible.”

Sen. Rob Portman, R-Ohio, the ranking Republican on the Senate Homeland Security and Governmental Affairs Committee, said he was “deeply troubled” by reports that Biden officials are trying to expedite the vetting process.

“Since 2015, my bipartisan oversight has shown, over two administrations, that federal agencies must do a better job of ensuring the safety and security of these vulnerable children,” Portman said in a statement. “The U.S. federal government should not repeat the mistakes of prior administrations and hand these vulnerable children off to traffickers or other abusive situations, and there must be accountability to ensure the government can keep track of the children as they make their way through the legal system.”

The number of unaccompanied minors crossing into the United States began rising last fall, then skyrocketed after Biden took office and his administration announced that it would not use a Trump-era public health order to return the unaccompanied teens and children to their home countries. Last month, border authorities took 18,890 minors into custody, up from 5,858 in January.

March was the busiest month along the U.S.-Mexico border in nearly two decades, and U.S. authorities took 172,331 migrants into custody, according to U.S. Customs and Border Protection statistics released Thursday that provide a stark measure of the challenges facing the Biden administration.

The increase last month has no recent comparison and was so large that it did not fit on the y-axis of the CBP chart that tracks changes in monthly enforcement data. CBP recorded 78,442 arrests and detentions in January, and the nearly 100,000 raw increase since then has been the busiest two-month span in 20 years.

The fastest-growing group was members of family units: 52,904 were taken into custody in March, up from 19,246 in February. U.S. Immigration and Customs Enforcement announced an $87 million contract to house migrant families in hotel rooms along the border while they are processed and typically released with a pending court date.

About a third of the migrant family members who arrived at the border in March were expelled to Mexico under the health order, known as Title 42, according to the CBP data. There have been increasing reports in recent weeks of parents separating from their children and sending them across the border alone.