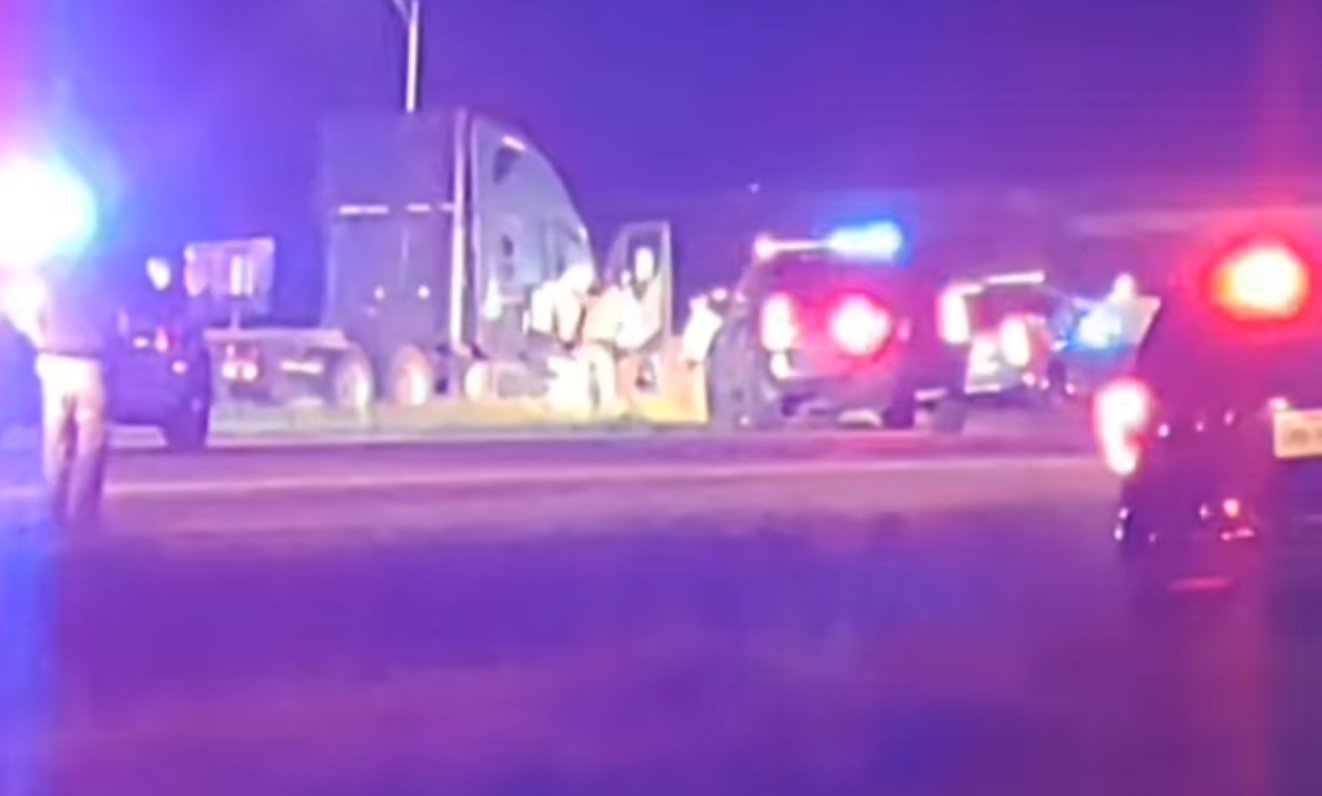 A Kentucky man was arrested in Hopkins County on Friday night after leading law enforcement on a chase that began in Arkansas after a hit-and-run.  The man reportedly said that Allah instructed him to commit the crimes.

Hopkins County Sheriff’s Office deputies were made aware of Arkansas State Police and Texas DPS actively pursuing a Freightliner semi-truck without a trailer. Deputies initiated their pursuit of the vehicle at the 142 mm of I-30 WB.

Additional HCSO deputies deployed positive stop stick hits at the 138 mm and the 131 mm. The driver continued to evade with 2 front tires completely flat and 6 of the 8 rear tires flat. The suspect was very aggressive toward vehicles on the road as well as patrol units attempting to block exits and deploy stop sticks.

31 year old Mohammedali Ahmedin crashed in the center median at the 113 mm of i-30 WB. HCSO deputies along with the multiple agencies involved in the chase made contact with Ahmedin and took him into custody.

Ahmedin was transported to Hopkins County Jail and is initially charged with Evade Arrest or Detention with a Vehicle.