At least 1 dead after multiple people shot in Bryan, Texas 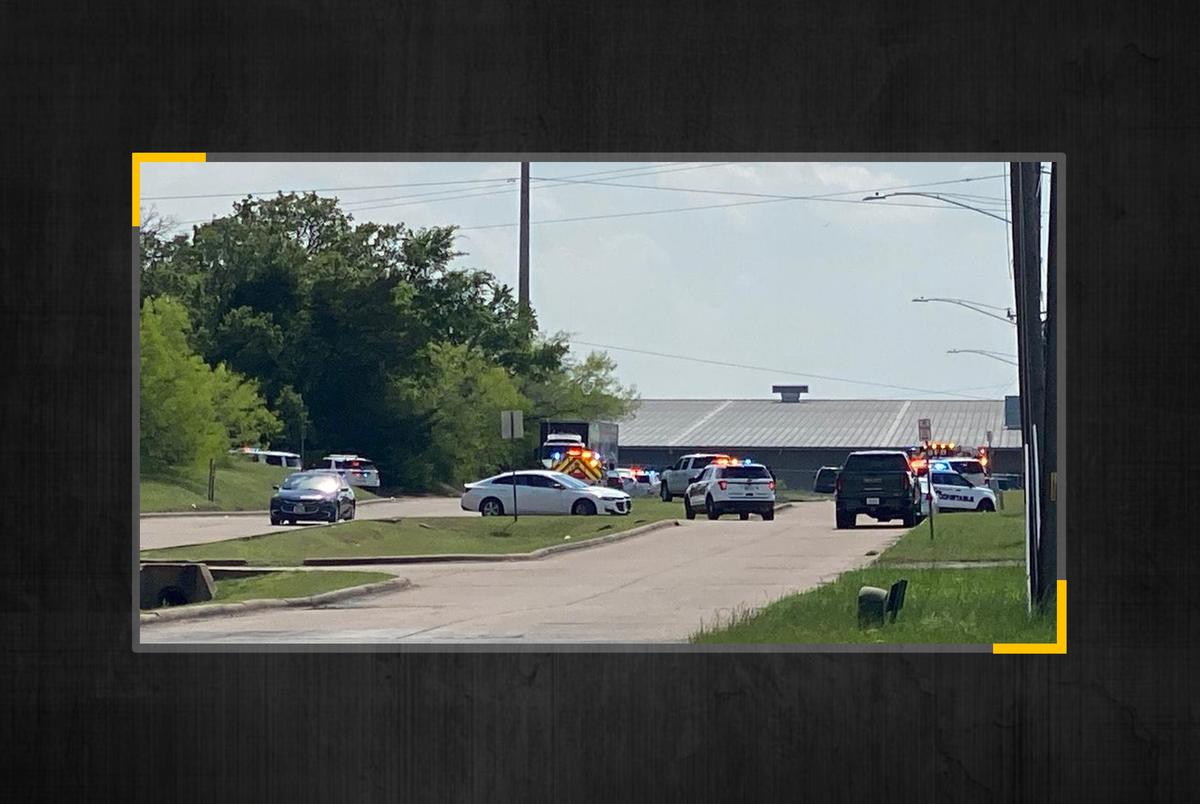 Bryan police are investigating the shootings of seven people, including a law enforcement officer, that started at Kent Moore Cabinets, where officials said someone opened fire Thursday afternoon, killing one person and injuring five others.

The Texas Department of Public Safety also said on Twitter that a DPS trooper was shot attempting to arrest the suspect in the shooting.

According to police, Bollin fled after shooting the DPS tooler and was later arrested by Texas Highway Patrol in Grimes County. The officer who was shot was taken to St. Joseph Health Regional hospital in Bryan where he underwent surgery and was in stable condition late Thursday, according to DPS Lt. Craig Cummings. DPS would not release the trooper’s name.

Buske said the shooter is an employee of the cabinet business. Bollin has been arrested on a murder charged and is held at Brazos County Jail on $1 million bond.

There have been three mass shootings, generally defined as a shooting in which at least three people die, in America in less than a month, according to Mother Jones. Texas has experienced seven mass shootings since 2010.

Bryan police did not release information on a possible motive or how the shooter obtained a firearm.

Amelia Rodriguez, an employee interviewed on KBTX, said she heard a loud noise and thought it was a broken machine until a coworker grabbed her arm and told her to run.

Rodriguez said as she and her coworkers tried to run outside, they realized the shooter was already outside. She stayed inside with a small group and hid.

Thursday’s shooting happened hours after Democratic President Joe Biden announced a slate of new gun control measures. The actions come after multiple mass shootings across the country in recent weeks, including a shooting at multiple massage parlors in Atlanta and a mass shooting that left 10 people dead at a grocery in Boulder, Colorado.

Biden directed the Department of Justice to create new rules that curb the proliferation of ghost guns, which are difficult to trace, and arm braces for pistols. He also told the department to write model red-flag legislation ,which allows a court to temporarily bar someone from accessing a gun in certain circumstances.

Republican Texas Gov. Greg Abbott criticized Biden over the measures, hours before the shootings in Bryan. Texas Republicans, who control state government, have long taken pride in the state’s reputation as a bastion for gun ownership.

“Biden is threatening our 2nd Amendment rights,” Abbott tweeted. “He just announced a new liberal power grab to take away our guns. We will NOT allow this in TX. It’s time to get legislation making TX a 2nd Amendment Sanctuary State passed and to my desk for signing.”

“Governor Abbott, when you open the door to gun violence, this is not a sanctuary for anyone,” Hinojosa said. “We demand action.”

Abbott’s office did not immediately respond to a request for comment on his earlier tweet, but issued a statement saying he and his wife are praying for the victims.

“I have been working closely with the Texas Department of Public Safety and the Texas Rangers as they assist local law enforcement on a swift response to this criminal act,” Abbott said in a statement released by his office. “Their efforts led to the arrest of the shooting suspect. The state will assist in any way needed to help prosecute the suspect.”

Slightly more than half of Texas registered voters in a 2019 University of Texas/Texas Tribune poll said gun control laws should be stricter. A strong majority supported requiring background checks for all gun purchases, and most backed temporarily taking guns away from people deemed dangerous to themselves and others.