NHISD Board of Trustees Names Lone Finalist for Superintendent Position 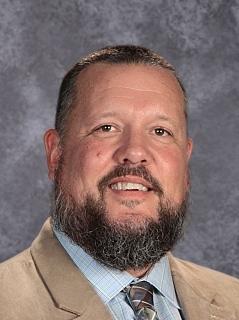 After reviewing 31 applications and interviewing 6 candidates, the North Hopkins ISD Board of Trustees at its April 6, 2021 board meeting named Brian Lowe as the Lone Finalist as the Superintendent of North Hopkins ISD.  By law, the Board must wait at least 21 days before issuing a contract.

Lowe has been the secondary principal at North Hopkins Secondary since 2017.  This year marks his 24th year in education, during which time he has served as an English teacher and coach in Sonora ISD, Lake Dallas ISD, Lewisville ISD, Waskom ISD, and Marshall ISD; an assistant principal/student interventionist in Marshall ISD, middle school principal in Alpine ISD and Winona ISD, and high school/secondary school principal in Winona ISD and North Hopkins ISD.  Lowe is a 1997 graduate of Ballinger High School in Ballinger, Texas, and he received his Bachelor of Science from Angelo State University in 1997, a Master’s of Education in Educational Leadership from UT Tyler in 2011, and completed his superintendent certification through the Ratliff Academy at the Region 8 Service Center in conjunction with Texas A&M Texarkana in 2019.  He also served in the Armed Forces in the Air Force Reserve from 2004-2012.

Brian and his wife, Amber, have been married for 13 years and have 3 children; Lynnex (Age 7), and Xander and Trinity (Ages 4).