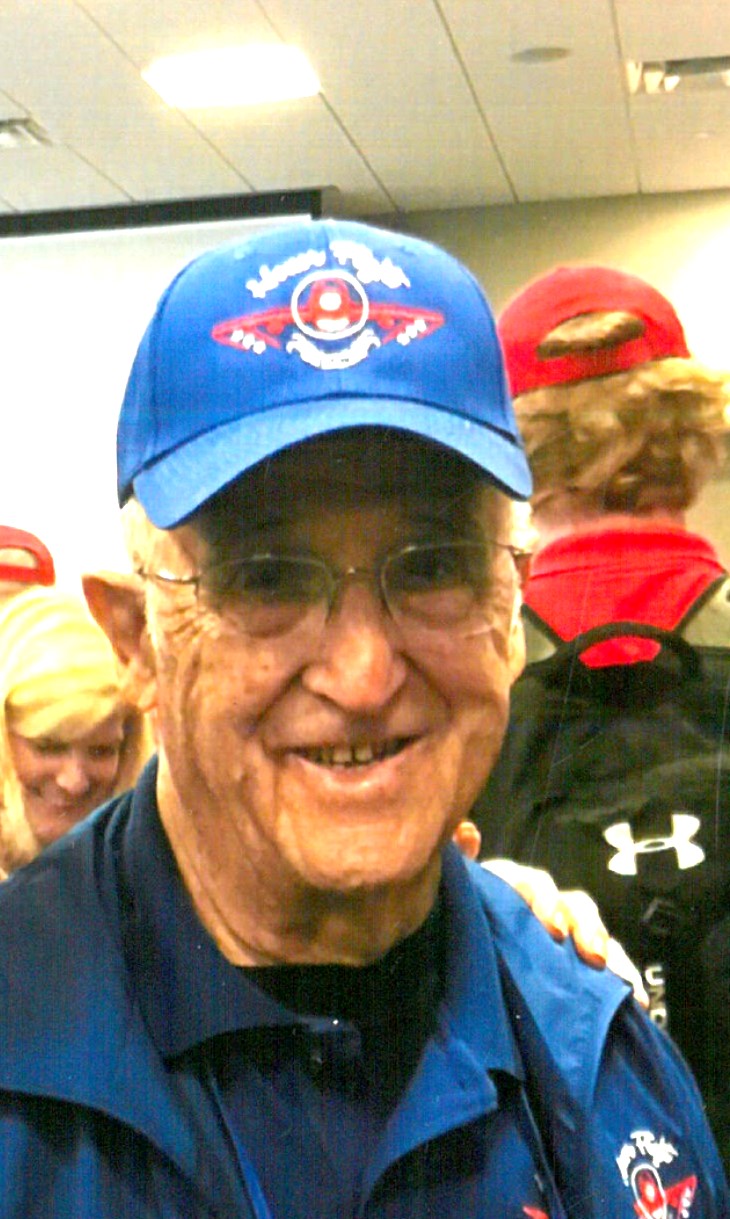 Harold “Spoof” Cheatham was born on August 9, 1930 in Ft Cobb Oklahoma to Bill and Mable (Banks) Cheatham. He was the youngest of 6 children. Spoof married his high school sweetheart and the love of his life, Alta Fern, in 1952. He subsequently received his Bachelor degree in Agriculture at Oklahoma A&M University, where he was a member of the Alpha Gamma Rho fraternity. The completion of his college degree was delayed until 1955 while he served his country as a corporal in the Army during the US occupation of post-war Germany.

In his early years after college, Spoof pursued his love of working with cattle, and his talents gave he and Alta many opportunities for jobs living and working on ranches across the country, where he dressed and showed Shorthorn and Angus cattle. He loved to be in a show barn and made many close and lasting friendships during these years. Spoof had several national grand champion cattle and was highly regarded by his peers. After many years of moving and living in different areas of the country, Spoof and Alta eventually settled down in Ft. Worth, where he served as the secretary of the Texas Angus Association for many years and continued to travel across Texas working Angus cattle sales.

Spoof was a devoted husband and father, and in 1967, he purchased the Arlington Meat and Locker Plant, in order to stop his traveling and be home with his family. In 1980, they moved on to Sulphur Springs where they bought the Hopkins County Food Locker. He loved Sulphur Springs, and he loved the locker plant and the people who worked for him. He continued to work there alongside his son Kurt well into his 80’s, until his Alzheimer’s disease ultimately made this too difficult. Spoof was a man with a work ethic that just wouldn’t quit. He enjoyed a hard day of work, and he would often “relax” by working even more. He later coupled this work ethic with his entrepreneurial spirit and opened a carwash and laundromat. He could, on occasion, be found there making his own repairs and calculating how many quarters it would take to pay for a child’s college education.

Spoof loved and took care of his family without fail. He coached many of his children’s sports teams during their younger years, and never missed an opportunity to be on the sideline or in the stands for them or his grandchildren. Even into his 80’s, he was still driving to Illinois multiple times throughout the year in order to watch his grandchildren compete or perform.

But his love wasn’t reserved just for family and friends. He truly was a lover of all people, and if you have never met him, it is likely because you never came within 10 feet of him. He was always quick to offer a handshake and an introduction, “Spoof Cheatham, if you can’t beat’em, cheat’em,….”. He was always a good friend, and never too busy (even when he was) to offer help. Whether it was helping someone buy a house, or just mowing their yard, he found his greatest joy in helping those around him.

Spoof’s other passions included cheering on the Cowboys, Mavericks and Rangers and playing golf. He loved his early mornings playing golf with his buddies, and made many wonderful memories over the years at the Sulphur Springs Country Club. Despite his ‘bogey’ golf, he managed to make 3 ‘hole-in-ones’, and he always loved just being there, making new friends, laughing and sharing stories. During the ‘lean’ years at the country club, you would often find him there after work, helping to mow the greens or feeding and caring for the stray cats.

His devotion to his wife Alta was very special. They were rarely apart, and were married for 69 years at the time of his passing. Despite his struggle with Alzheimer’s in his late years, he was able to remain at home with her until the COVID pandemic struck. He spent his last months in the memory care unit at Wesley House, where he was very well loved by a wonderful staff. The whole family will be forever grateful for their care