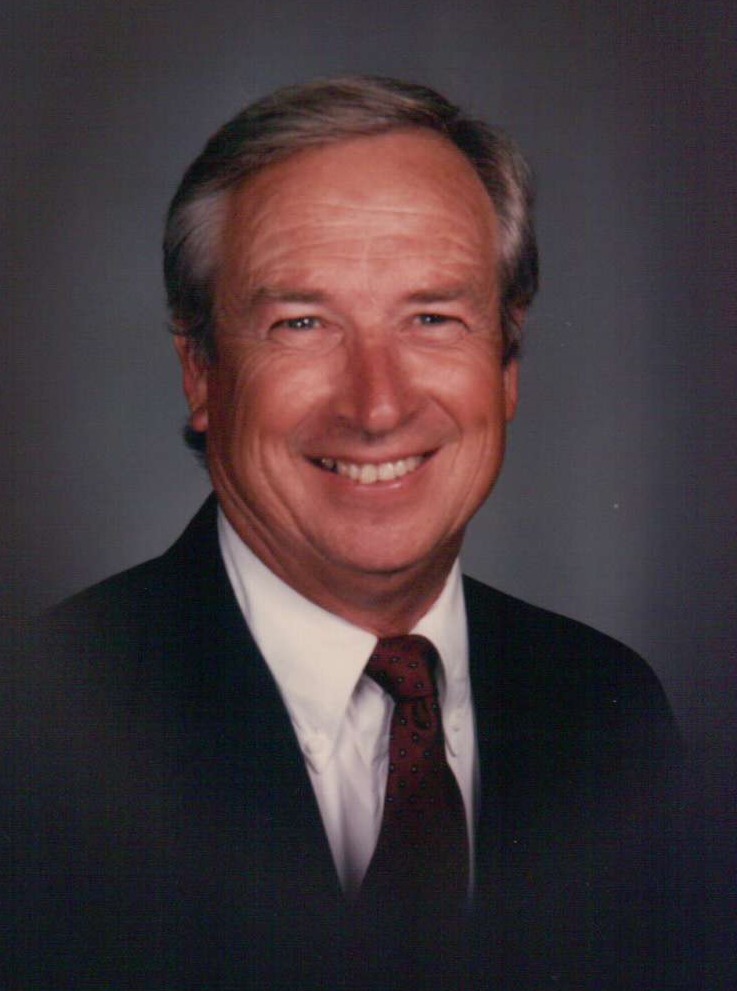 Jerold Moore was born on a cotton farm in Delta County. He graduated from Commerce High School in 1951. He joined the US Army in 1957 and served until 1959. He attended East Texas State University and graduated with a Bachelor of Science in January, 1965.

Jerold married Shirley Henderson in July of 1965. Together they owned a candle shop, an antique store, and a cabinet shop in the Dallas area before moving to Sulphur Springs, TX in 1975. Jerold also worked at E-Systems/Raytheon in Greenville, TX and designed parts for airplanes. He retired from E-Systems/Raytheon before purchasing a metal building construction company. As a Commercial General Contractor Jerold designed and built many local buildings such as Juan Pablos, Joe Bobs on Church St., iFocus Vision Center, the Family Life Center at Wesley Methodist Church, the weight room at SSHS and early portions of Grocery Supply Company.

Jerold loved airplanes and flying. On the day he earned his pilot’s license he and Shirley hopped in to his Tri Pacer 8602C and flew to El Paso and Carlsbad Caverns. This was the first of many air and road trips.

He enjoyed classics like Ford Mustangs, Bluegrass Music and the Andy Griffith Show! He wasn’t much of a sports enthusiast, but came to love the game of soccer. Jerold learned the game when his son decided to play. He drove many miles to watch his son play and practice in the Dallas area. Then he and Shirley were known to attend SSHS Soccer games even when they didn’t have any children playing just because they loved the game. He served as a Boy Scout leader and joined his daughter’s Girl Scout Troup to accompany them to camp at National Center West in Ten Sleep, Wyoming. Jerold committed many hours to watch and support all of his children’s activities and continued the tradition with his grandchildren! He was a great husband, dad and granddaddy!

Jerold Moore was born November 15, 1934 to John & Louise Moore in Delta County. He passed away on March 19, 2021. He is survived by his wife, Shirley Moore of over 55 years. One brother, James Moore and wife Molly. Two daughters, Stacey McGown and husband Jerry and Shelly Huff and husband Tim. One son, Jason Moore and wife Laura. Four grandchildren, Katie Garrison and husband Austin, Brian McGown, Christian Huff, and Megan McGown and two great-grandchildren, Kamry Garrison and Brett Garrison. Two nieces Terry Morris and husband Brad and family, and Melony Pennington and husband Tony and family. And many other relatives and friends.

A formal visitation will be held on Wednesday, March 24, 2021 at West Oaks Funeral Home 5-7pm. Services will be held at West Oaks Funeral Home Chapel on Thursday, March 25, 2021 at 10am with Rev. Fred Lewis officiating. Interment will be in Fort Worth at Greenwood Cemetery at 3pm. Serving as pallbearers will be Tim Huff, Christian Huff, Jerry McGown, Brian McGown, Austin Garrison and Brad Morris. In lieu of flowers, memorials may be made to the Hopkins County Veterans Memorial Fund, P.O. Box 533, Sulphur Springs, TX 75483.