How to Identify Freeze Damage on Forest Trees by Dr. Mario A. Villarino, County Extension Agent for Agriculture and Natural Resources 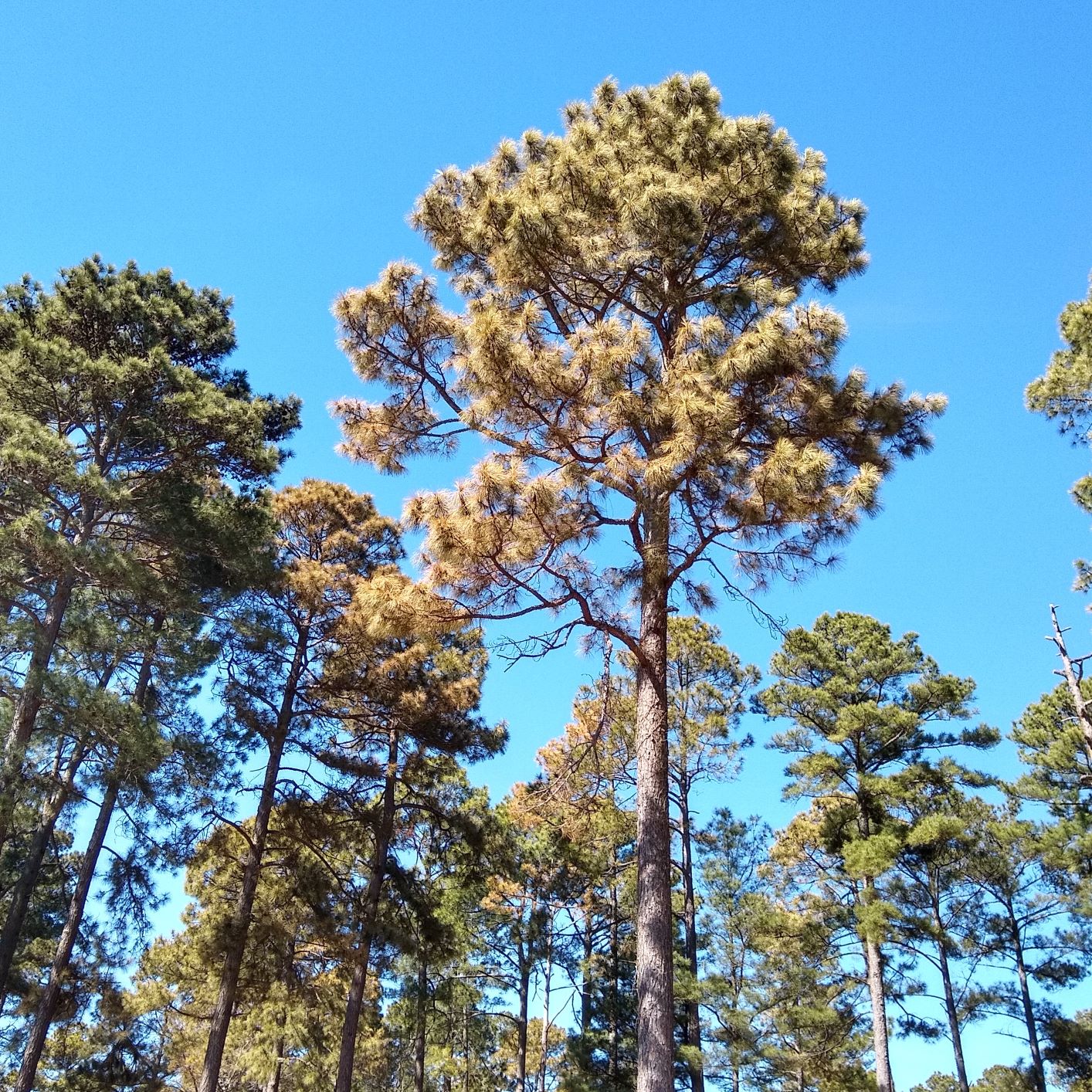 Over a week after severe winter weather in East Texas, many landowners may just now be seeing signs of freeze damage to forest trees and having concerns that some trees may not make it. “The most common sign of freeze damage on trees is the turning of needles and leaves from a dark green to a strange reddish-gray color,” said Eric Taylor, Texas A&M Forest Service silviculturist, Overton. “Other than the strange color, the crowns of these trees seem to be fully intact and show minimal breakage from ice loads.”

Normal freeze response: The extreme cold triggered a normal physiological response in the trees of East Texas. Needles and leaves of trees showing signs of freeze damage were impaired, likely from the formation of ice crystals inside the leaf cells causing the cell walls to rupture. However, native trees are adapted to this and responded by shutting off, abscising, their leaves or needles that were no longer functioning, causing a discoloration of leaves. Fortunately, trees are resilient and have the ability to leaf out again when the initial growth is damaged or destroyed. Landowners may see freeze damage symptoms on some trees, but not all. Tree species differ when it comes to freeze tolerance as some can tolerate extreme cold better than others. With pine species, longleaf and slash seem to have less tolerance for freeze than loblolly. Shortleaf pine is more resistant to freezing temperatures and seems to be much less affected than the other pine species.

Recovery prospects: In addition, trees along the forest edge and/or those trees that are taller than surrounding trees, with their crowns fully exposed, may also experience freeze damage to a greater extent than those with crowns somewhat protected by other trees. Most trees in East Texas will survive the freeze damage though. “This is another example of how it pays to proactively manage forests,” Taylor said. “There will likely be some losses, but if the tree was relatively healthy before the freeze, it should have enough available, stored carbohydrates (food) to set new buds and form new leaves (needles) this spring.” If the tree was unhealthy prior to the freeze, then it may not be able to recover or might be the target of insects and disease later this year. There is always the worry that trees become so stressed from these events that they are lost to insects. However, the freeze also severely impacted and reduced insect populations, which should provide a period of respite and time for trees to recover their leaves and needles. Texas A&M Forest Service foresters are asking landowners not to panic. Damaged trees may have only suffered a temporary setback and healthy trees should produce new growth within a few weeks.  If you are a homeowner with a freeze-damaged tree near your home or other buildings on your property, you may wish to contact a certified arborist for a closer inspection. A certified arborist will assess whether a tree poses a safety hazard, needs corrective pruning and the overall health of the tree. For more information on this or any other agricultural topic,