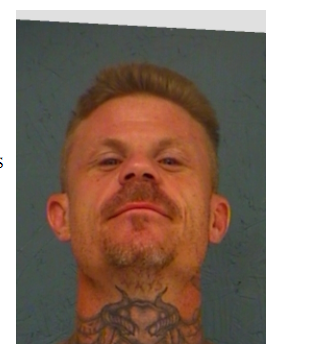 A 44 year old Yantis man was arrested on Monday by Hopkins County Sheriff’s Office after he allegedly burglarized a church on Saturday night.

The pastor of Seymore Bible Church contacted HCSO after discovering the church’s microwave and stove had been stolen over the weekend.

The pastor said he discovered a phone on scene belonging to Carlton Douglas Fite. The pastor later advised deputies that Fite contacted the church and said he would return the stolen items.

HCSO Investigator Findley obtained a warrant for Fite’s arrest and took him into custody on Monday afternoon.

Fite is held at Hopkins County Jail on one charge of Burglary of a Building.