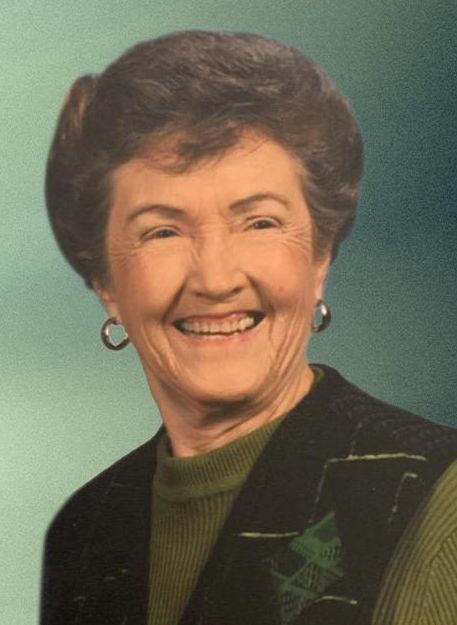 Dorothy Elizabeth (Bruton) Davis, age 90, passed away on March 3, 2021, in Sugar Grove, Illinois. A funeral service will be held at 11 a.m. Tuesday, March 9, 2021, at Marshall and Marshall Funeral Directors Chapel in Hillsboro with Rev. Darrel Phillips and Rev. Melissa Graham officiating. She will be buried beside her husband in Ridge Park Cemetery in Hillsboro, Texas. A visitation will be held from 6-8 p.m. Monday, March 8, 2021, at the funeral home.

She was born in Itasca, Texas on November 4, 1930. She was the daughter of Charles Elwin (C.E.) and Cora Elizabeth (Isbell) Bruton. Dorothy attended Hill Junior college, where she met Thelbert Ray Davis. They married July 10, 1948 and were married 55 years. She became a Christian at an early age. Dorothy, lovingly called Dot, was devoted to her husband and family sharing love, wisdom, and life experiences with all who were interested. She was the greatest of storytellers and could truly take you back in time with her memory of every little detail. Her family connections were so important to her that she helped organize the Bruton/Isbell family reunion for 36 years.

Dorothy worked at Fireman’s Fund Insurance Company in downtown Dallas. She was a bookkeeper for Pratt’s federated in Sulphur Springs and for the dairy farm that she and Thelbert owned. Dorothy also worked in the water office for the city of Sulphur Springs. During their life together, she and Thelbert owned a milk truck, a dairy farm, and were part owners of Wingo  Feed Mill.

Dorothy and Thelbert moved back to Hill County when they retired. They attended Line Street Methodist Church. She loved her church friends there and treasured those friends even more after Thelbert passed away in 2003. Dorothy and Thelbert volunteered at the Hill County Cell Block Museum where they were able to share Hill County history with museum visitors. Dorothy’s strength of character was passed on to her from ancestors who were pioneers of Hill and McClennan County. She has now passed that strength on to her children, grandchildren, and great grandchildren.

She was preceded in death by her husband, Thelbert; her parents; her parents-in-law, George and Bertie (Foster) Davis; her rother, Douglas Bruton; sister-in-law, Betty Bruton; and brothers-in-law, Alton Weeks and Johnny Davis.

Arrangements are being handled by Marshall and Marshall Funeral Home of Hillsboro, Texas.