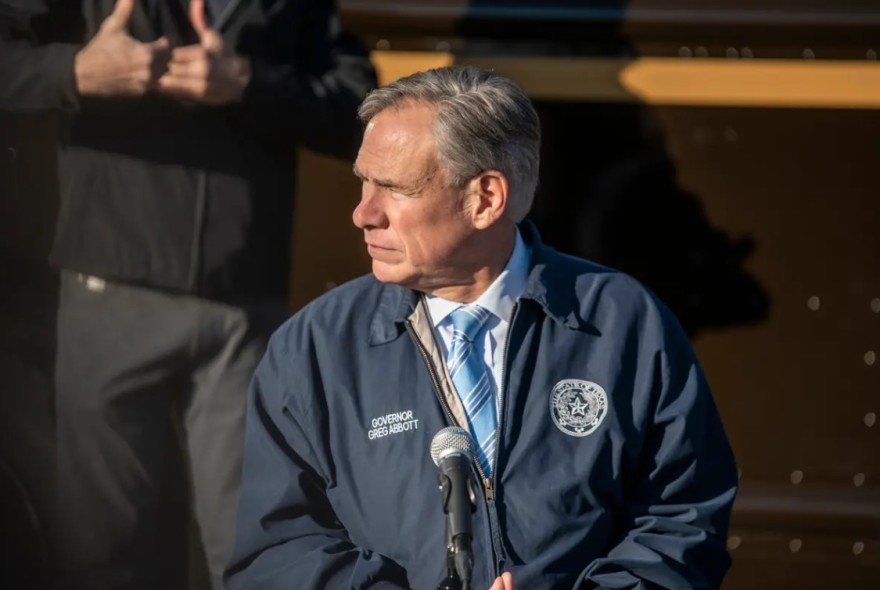 Senate Bill 12 would prohibit social media companies — including Facebook, Twitter and YouTube — from blocking, banning, demonetizing or otherwise discriminating against a user based on their viewpoint or their location within Texas.

Decrying “a dangerous movement” to “silence conservative ideas [and] religious beliefs,” Gov. Greg Abbott touted a bill Friday that aims to crack down on the perceived censorship of conservative voices by social media companies.

“They are controlling the flow of information — and sometimes denying the flow of information,” the Republican governor said at a press conference in Tyler. “And they are being in the position where they’re choosing which viewpoints are going to be allowed to be presented. Texas is taking a stand against big tech political censorship. We’re not going to allow it in the Lone Star State.”

Abbott was joined by state Sen. Bryan Hughes, R-Mineola, who is sponsoring the measure and who chairs the powerful Senate State Affairs Committee. Hughes said the bill would give Texans the right to restore their accounts when they’re “mistreated.”

“We have a handful of billionaires in San Francisco that run these tech companies,” Hughes said. “It doesn’t make them the gatekeeper of free speech. But that’s what they want to be.”

Senate Bill 12 would prohibit social media companies — including Facebook, Twitter and YouTube — from blocking, banning, demonetizing, or otherwise discriminating against a user based on their viewpoint or their location within Texas.

It would apply to anyone who lives in, does business in or has social media followers in Texas. Under the proposal, a person who feels they’ve been wrongly barred from a platform can file a claim in court. The Texas attorney general can also bring a claim on a person’s behalf. If a social media company fails to comply, the bill stipulates that the court can impose “daily penalties sufficient to secure immediate compliance.”

Lt. Gov. Dan Patrick, who presides over the Texas Senate, has identified the bill as one of his 31 priorities for this legislative session. Hughes filed a similar bill in 2019 that won Senate approval, but died in committee in the state House.

TechNet, an industry association, said removing content restrictions could open the way for children to be exposed to “harmful content of ill-intended users online.”

“This bill not only recklessly encourages companies to leave objectionable content in the public eye, but also creates a culture that supports frivolous lawsuits against American companies,” said Servando Esparza, the group’s executive director of Texas and the Southwest, in a statement.

Hughes said that his legislation would only apply to political and religious speech.

“We’re not talking about lewd, lascivious obscenity or anything like that,” Hughes said.

The rhetoric about silencing conservatives ramped up following the 2020 election, when platforms including Facebook and Twitter removed former President Donald Trump’s account for inciting violence during the Jan. 6 U.S. Capitol insurrection.

Republican politicians have long targeted technology giants — accusing them of an anti-conservative bias and for silencing free speech, even though the actions to ban members were often in response to credible evidence that communications were inciting violence.

Experts point out that the First Amendment — which protects free speech — only prohibits government censorship. That leaves private companies to choose their own protocols.

“From a First Amendment perspective, social media companies are private actors and aren’t subject to the First Amendment,” said Scot Powe, a professor at the University of Texas School of Law, told The Texas Tribune in January. “So it’s a matter of constitutional law. They can be as biased as they want in any direction they choose.”

Twitter in January purged more than 70,000 accounts linked to the dangerous conspiracy theorist group QAnon for the movement’s connection to the U.S. Capitol attack. Alex Jones, a conspiracy theorist who often espouses violent and sometimes racist views, has been kicked from Facebook, Twitter and Spotify, among others. And Twitter in February permanently booted MyPillow CEO Mike Lindell, a fierce Trump ally who continually spread false claims about election fraud.

Closer to home, state Rep. Briscoe Cain, R-Deer Park, had his Twitter account temporarily suspended in September 2019 when he tweeted “My AR is ready for you” at then-Democratic presidential candidate Beto O’Rourke.

Cain’s tweet was in response to O’Rourke’s calls for a mandatory gun buyback program.

Twitter in September 2020 took aim at Democrat candidate Elizabeth Hernandez, who was challenging Republican U.S. Rep. Kevin Brady for his U.S. House seat. The platform forced her to remove a tweet that violated its rules against voter suppression because it encouraged people to tell Trump supporters to vote on the wrong day.

Technology companies are also facing scrutiny from Congress — from both sides of the aisle. Democrats and Republicans in recent weeks have set their sights on reforming or repealing Section 230 of the Communications Decency Act of 1996. The provision shields technology companies from liability for content users post on their platforms.

In a congressional hearing last October, Facebook CEO Mark Zuckerberg told lawmakers that “Democrats often say that we don’t remove enough content, and Republicans often say we remove too much.”

“The fact that both sides criticize us doesn’t mean that we’re getting this right, but it does mean there are real disagreements about where the limits of online speech should be,” he said.

Abbott on Friday argued that the provision does not protect companies against lawsuits that could be brought under SB 12. Instead, he said it “wires around” Section 230.

“We are making sure that these companies will be forced to comply with Sen. Hughes’ bill to ensure the Texans’ conservative speech will not be canceled,” Abbott said.

Abbott’s office filed a brief with the U.S. Supreme Court that argued that states have the right to protect free speech, Hughes said.

Both President Joe Biden and his predecessor have expressed support for overhauling Section 230. Trump called for its complete repeal, as have a number of lawmakers within his party.

Three Democratic U.S. senators, meanwhile, have filed a bill that would overhaul the provision. Under the SAFE TECH Act, users could sue social media companies for content on their platforms that is threatening, harassing, discriminatory or otherwise abusive.

The state bill comes as Texas politicians, including Abbott, have tried to entice technology companies to relocate to the state from the pricey tech-hub Silicon Valley in California. Elon Musk, the CEO of electric car company Tesla Motors, recently announced he was relocating to the state. Software company Oracle in December said it was moving its headquarters from California to Austin.

SB 12 is scheduled for its first hearing before the State Affairs Committee on Monday.

BY SHAWN MULCAHY with Texas Tribune.