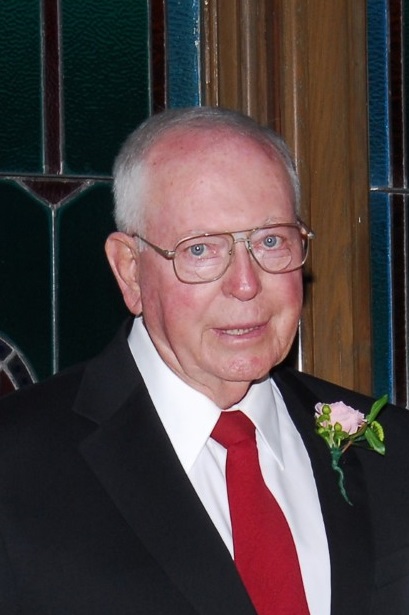 Vaden was born on December 13, 1928 in Sulphur Springs, TX to Clarence and Alice Erma (Vaden) Richey. He married Geraldine “Jerry” Chapman on September 1, 1950 in Commerce, TX. Vaden was a 1947 graduate of North Hopkins HS and earned his Bachelor of Science in 1950 and his Master of Science in 1960 from East Texas State University.

His passions included working on his farm, gardening, and raising cattle. Vaden loved his family and especially camping with his children and grandchildren. Going to the Red Barn Café and eating with his numerous friends was one of his many enjoyments. He will be greatly missed by all who knew him.

Memorials can be made to Tira Cemetery Association c/o Jan Vaughn, Secretary/treasurer, 776 FM 1536 Sulphur Springs, TX 75482 or the charity of your choice

The family would like to thank, Dr. Darren Arnecke and Dr. Bill Dictze; staff of Carriage House Manor; Welsey Oaks Memory Care; Choice Hospice and a special thanks to Peggy Dial for all her help through the many years.