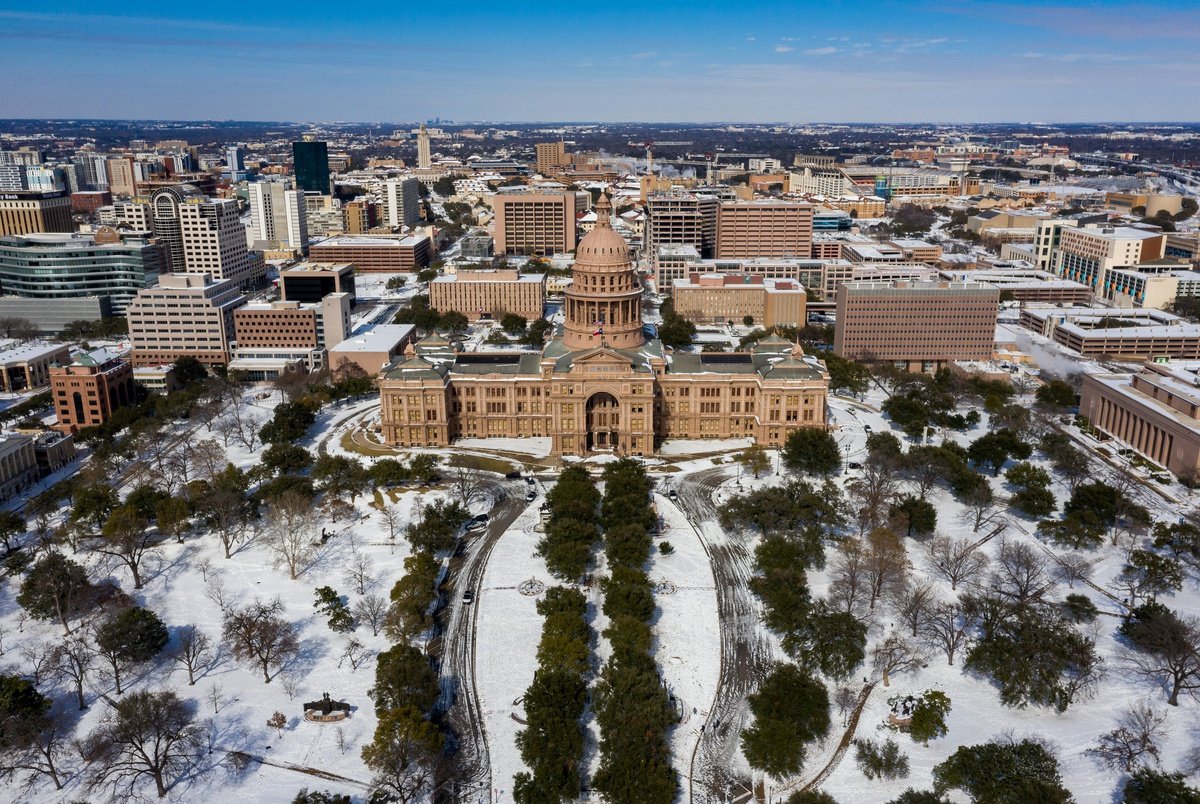 The winter storm that left dozens of Texans dead, millions without power and nearly 15 million with water issues could be the costliest disaster in state history, potentially exceeding the $125 billion in damage from Hurricane Harvey.

The deadly 2017 hurricane devastated the Gulf Coast region. Last week’s winter storm impacted every region of the state, a reason why experts and officials are discussing the possibility of damage and cost exceeding those from Hurricane Harvey.

“All 254 counties will have been impacted in some way by the freeze,” said Lee Loftis, director of government affairs for the Independent Insurance Agents of Texas. “That is just unheard of.”

Loftis said it is too early to tally the total cost of destruction, and state Sen. Jane Nelson, chair of the powerful Senate Finance Committee that hosted Kidd on Monday, said the state’s share of the financial toll is not yet known. But while state lawmakers over the last decade repeatedly ignored recommendations to protect the state’s power grid from extreme weather, they have an opportunity to address the energy and water crises — and possibly prevent Texans from ever having to again endure days without basic necessities like clean water and working lights.

Lawmakers are in the middle of the 2021 legislative session, where they have been working through issues unrelated to the twin crises since they convened at the Capitol in January. Back then, state Comptroller Glenn Hegar told lawmakers how much money they’d have to spend on a state budget for the next two years.

After a bleak prediction last summer, when Hegar told lawmakers he projected that they would have a $4.6 billion deficit in 2021, Hegar had rosier news for lawmakers in January. Hegar’s projection in January was roughly a $1 billion deficit, still a deficit but significantly better than his previous estimate from the summer when the coronavirus was ravaging the economy.

Most of Abbott’s focus on energy this year before the storm centered on fighting President Joe Biden on energy and climate issues, despite experts saying Biden’s moves could help Texas.

Abbott went to the oil-rich Permian Basin in West Texas in January and signed an executive order to “direct every state agency to use all lawful powers and tools to challenge any federal action that threatens the” energy sector in Texas. And he announced his support for legislation that “prohibits cities and counties from banning natural gas appliances.”

Then last week’s winter storm hit. It exposed problems lawmakers failed to address in previous legislative sessions and showed the vulnerabilities of the state’s natural gas system, which was not prepared for the cold.

They have until May to write the state budget for the next two years. Leaders in the state House and Senate already released their preliminary budgets, which did not dedicate money toward the kinds of measures that would prevent another power grid failure.

Abbott has asked lawmakers to reform the Electric Reliability Council of Texas, the state’s power grid operator. He asked lawmakers to mandate the winterization of generators and power plants, a proposal previously floated but not implemented by state leaders in the aftermath of another winter storm in 2011. And Abbott requested that lawmakers provide power companies with funding to make the necessary changes.

But retroactively equipping power plants to withstand cold temperatures is likely to be very difficult and costly, energy experts said. Building energy infrastructure to perform in winter conditions is easier and cheaper, they said.

Lt. Gov. Dan Patrick on Tuesday released a list of 31 legislative priorities, a mix of newly urgent issues after the storm, familiar topics stemming from the coronavirus pandemic and a host of hot-button conservative issues. Patrick’s list was vague and did not provide specifics. Almost all of his priority bills have not been filed.

It is unclear where the money for storm-related bills would come from. Lawmakers have access to the state’s savings account, called the Economic Stabilization Fund or rainy day fund, which has more than $10 billion for them to spend. State Rep. Lyle Larson, R-San Antonio, said Sunday that “the rainy day fund should be used to offset increased energy cost for rate payers.”

There will be federal assistance for Texas, as Kidd emphasized in Monday’s Senate Finance Committee meeting. Texans in more than 100 counties can already begin applying for Federal Emergency Management Agency relief totaling $45 billion to $50 billion for the state, according to AccuWeather.

In the same meeting on Monday, Hegar, the comptroller, did not yet have data available on the storm’s financial toll, but one point he made was clear.

“Unfortunately,” Hegar said, “the last few days have been a black eye on the reputation of Texas.”