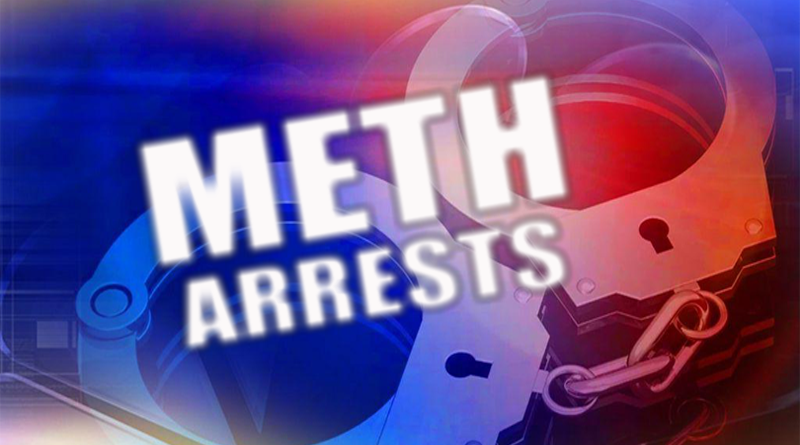 A Mt. Vernon man, a Winnsboro man, and a Winnsboro woman were arrested on Tuesday by Hopkins County Sheriff’s Office after they allegedly attempted to discard over 9 grams of methamphetamine during a traffic stop.

Kyle Rosewell, Diego Servin-Chavez, and Aldis Rosewell were occupants in a vehicle that was pulled over for a traffic violation in Sulphur Springs. The vehicle continued for more than a block before coming to a stop.

The driver, Aldis Rosewell, reportedly appeared nervous and gave the deputy a confusing account about her destination. HCSO asked for and received consent to search the vehicle.

Sulphur Springs Police Department Sgt. Shufeldt arrived at the scene and during the course of the search heard a cracking noise. Sgt. Shufeldt discovered broken glass and a bag containing over 9 grams of methamphetamine on the ground.

None of the occupants admitted to ownership of the drugs. All three were arrested and charged with Possession of a controlled substance and tampering with physical evidence.