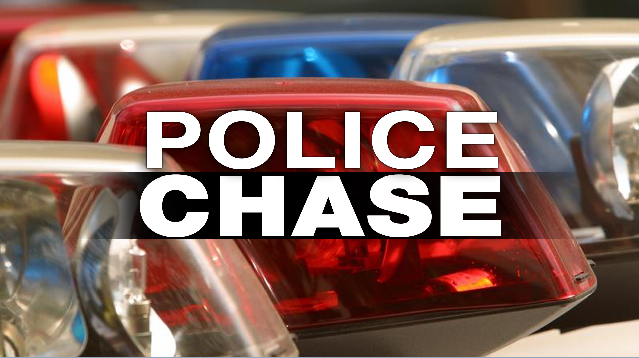 A Paris man was arrested by Hopkins County Sheriff’s Office on Monday night after a short pursuit. The pursuit ended after the suspect fell into a homeowner’s pool while fleeing HCSO on foot.

HCSO Sgt. Davis observed the Ajalen Meontre Sanders traveling south bound on Highway 19 N traveling 75MPH in a 65MPH zone. Sgt. Davis activated his overhead lights and the vehicle came to a stop at Highway 19 N at CR 4763. But as soon as the officer exited his patrol unit to make contact with the driver, the driver accelerated continuing south on Highway 19.

Sanders continued on Highway 19 and turned south on Loop 301. The vehicle was exceeding speeds of over 100MPH. Deputy Chris Baumann was able to deploy stop sticks executing solid contact with the tires of the vehicle close to the intersection of Loop 301 and McKinsey Dr. The pursuit continued over the mile marker 127 bridge as the driver failed to observe stop signs.

The vehicle pulled into the parking lot of the EZ Mart at Helm Lane continued onto Helm Ln. towards College St. turning onto Live Oak. Sgt. Davis observed the driver open the driver’s side door and throw something towards the curb before Charles St. The vehicle circled back around and approached the dead end of Live Oak St.

The driver bailed out from the vehicle and fled on foot. Deputy Aaron Chaney and Sgt. Davis pursued the Sanders on foot. The suspect was able to jump two fences before he was located in the back yard of a homeowners pool.

Off Duty Sulphur Springs PD officers assisted in removing him from a swimming pool he fell into and Sanders was placed into custody. A records check showed above person had an active Parole warrant and confirmation was received.

Deputy Justin Wilkerson was able to locate the item that was thrown from the vehicle. The item was a plastic Ziploc baggie containing a green leafy like substance believed to be marijuana showing a weight of 1.4 ounces including packaging. The vehicle was inventoried and impounded.

Sanders was transported to the HCSO jail and booked in without further incident. He is charged with Parole Violation, Possession of Marijuana, Evading Arrest, and Tampering with Physical Evidence.