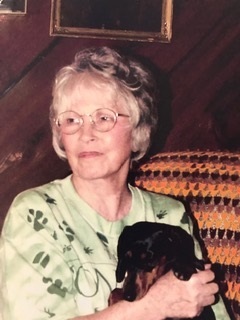 Funeral services for Wanda Fitzgerald will be held Monday, January 25, 2021 at 2:00 p.m. at Tapp Funeral Home Chapel with Brother Wayne Wolfe officiating.  Interment will follow at Greenview Cemetery. Serving as pallbearers will be Ronnie Watkins, Sr., Ronnie Watkins Jr., Will Lazarchick, Dean Fitzgerald and Donald Griffin. Visitation will be held one hour prior to the service.

Wanda Fitzgerald, age 83, of Athens, passed away on Thursday, January 21, 2021 at the Hospice of East Texas in Tyler, TX.

She was born the daughter of Homer Griffin and Lucille Griffin on August 25, 1937 in Dallas, Texas.  She married Dennis Fitzgerald in   1953 in Hugo, Oklahoma.  Mrs. Fitzgerald worked with the Visiting Nurses of Athens before retiring.