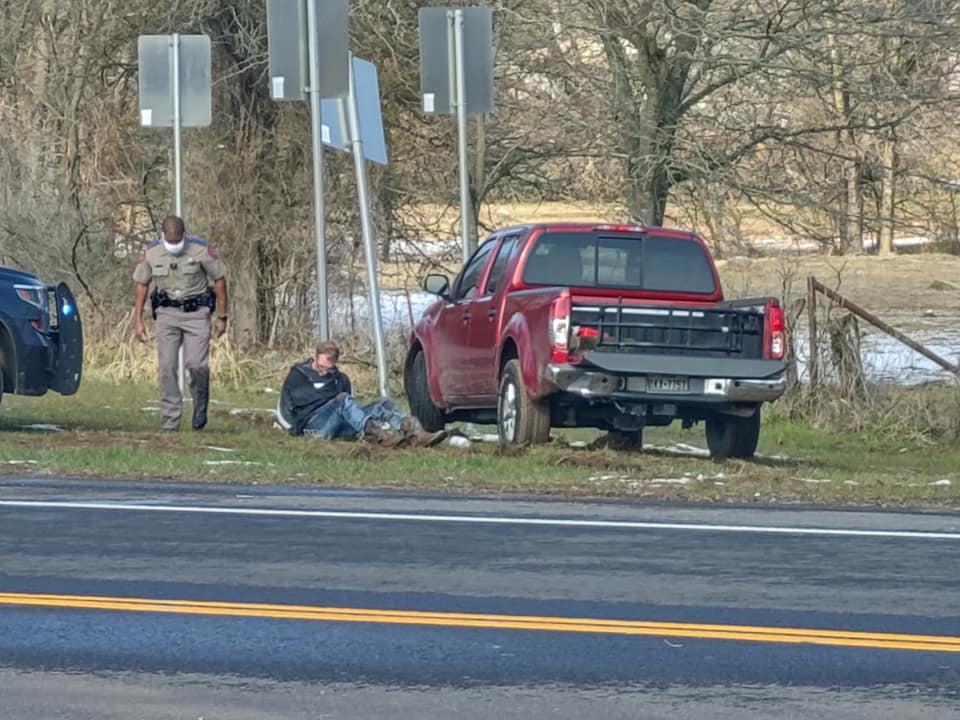 Photo of the arrest by Chris Miles

A police chase that involved speeds in excess of 100 mph went through Sulphur Springs on Monday with DPS and local law enforcement pursuing the suspect. The suspect was eventually apprehended on Highway 11.

DPS units began pursuit of a red Nissan pickup that had been reported stolen on I-30 EB near mile marker 103. The driver reached speeds of 100MPH and was passing on the shoulder. He reached 108 mph as he entered Hopkins County.
During the pursuit the suspect took exit 125 off I-30EB and turned around to I-30 WB. The driver sped through Sulphur Springs on the westbound service roads reaching 112 mph.
The driver turned north on FM 2653 and threw his ID out the window. He continued onto Highway 11 East before he eventually pulled over.
The suspect was taken into custody and transported to the Hopkins County Jail.