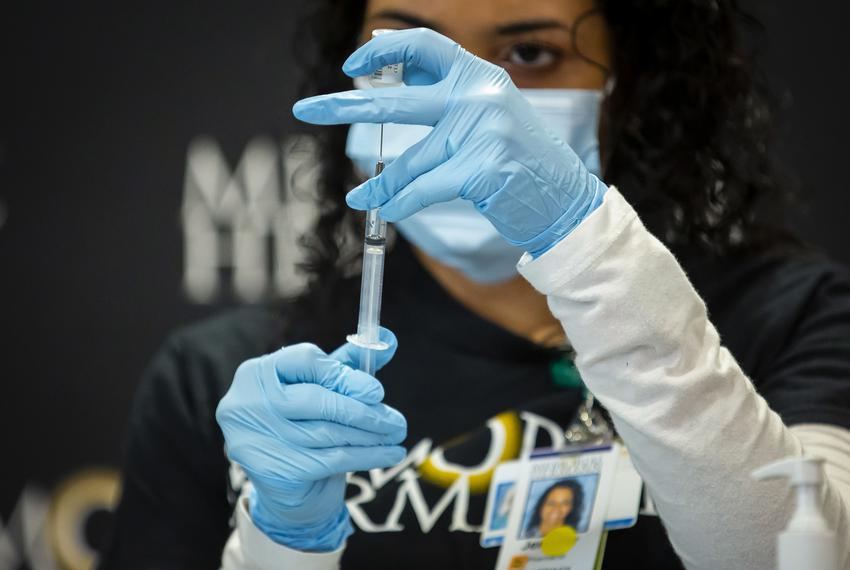 When Janell Simmons heard that some vulnerable Texans were now eligible to receive a COVID-19 vaccination, she eagerly called around to schedule an appointment. But after hours on the phone with more than a dozen health care providers in Houston, she said she was unsuccessful.

Simmons’ two primary care physicians told her they didn’t receive a shipment of the vaccine. A call to an H-E-B pharmacy got her a prerecorded message informing callers that the store had only enough doses to vaccinate front-line health care workers. And Memorial Hermann, the largest not-for-profit health system in southeast Texas, told Simmons that its allotment was reserved for current patients.

“I’m so disappointed and disillusioned right now that I will not get the vaccine,” said Simmons, who is 61 and has a qualifying medical condition. “The state of Texas is allowing the providers to make their own rules about how they’re going to administer their vaccine.”

While all eligible Texans under the first phase of the rollout can now receive the vaccine, doses remain in short supply and vague messaging from state health officials has left Texans who are desperate to get vaccinated without clear answers.

The Texas Department of State Health Services did not respond to a request for comment.

DSHS commissioner Dr. John Hellerstedt on Tuesday directed all providers that received shipments of the vaccine to “immediately vaccinate” all eligible Texans. Phase 1A of the rollout prioritizes health care workers, while Phase 1B prioritizes people 65 and older and those who are at least 16 with a qualifying health condition.

Hellerstedt released a similar message last week in a letter to providers. In it, he urged those with vaccine doses not to wait until everyone in the 1A group had been vaccinated before moving on to the 1B group.

“A significant portion of vaccines distributed across Texas might be sitting on hospital shelves as opposed to being given to vulnerable Texans,” he said in a tweet.

But doses of the vaccine are not widely available — even for those eligible under the first phase. DSHS said 1.2 million doses have been allocated across the state since the first shipments began arriving in Texas on Dec. 14; about 1.9 million Texans fall under Phase 1A.

“Unfortunately, the truth is that the vaccine is NOT currently available to the vast majority of Texans who are 65 and older,” state Rep. Gina Hinojosa, D-Austin, said in a Wednesday tweet. In another, she recounted her efforts to help her mother get vaccinated.

Former state Rep. Jason Villalba also tweeted that he was unable to schedule appointments for his parents.

“I have parents over 65, one with co-morbidity conditions & lost my grandfather to COVID,” he said. “We have called all of the locations near us on the DSHS chart and all have said they don’t have vaccines.”

More than 205,000 people across the state have received at least one dose of one of the two vaccines that received emergency approval from the U.S. Food and Drug Administration, according to state data. Both vaccines require two doses.

But local health officials said the state’s reporting is surely an undercount. This could also contribute to confusion about the vaccine’s availability.

“There’s a data lag in that reporting,” Mark Escott, Travis County’s interim health authority, said during a news conference on Wednesday. “But rest assured, the providers that have the vaccine are getting it out the door as quickly as possible.”

The Texas Department of Emergency Management on Wednesday published a map with vaccine providers across the state, but the agency warns those hoping to schedule an appointment that they should check directly with the facility about availability.