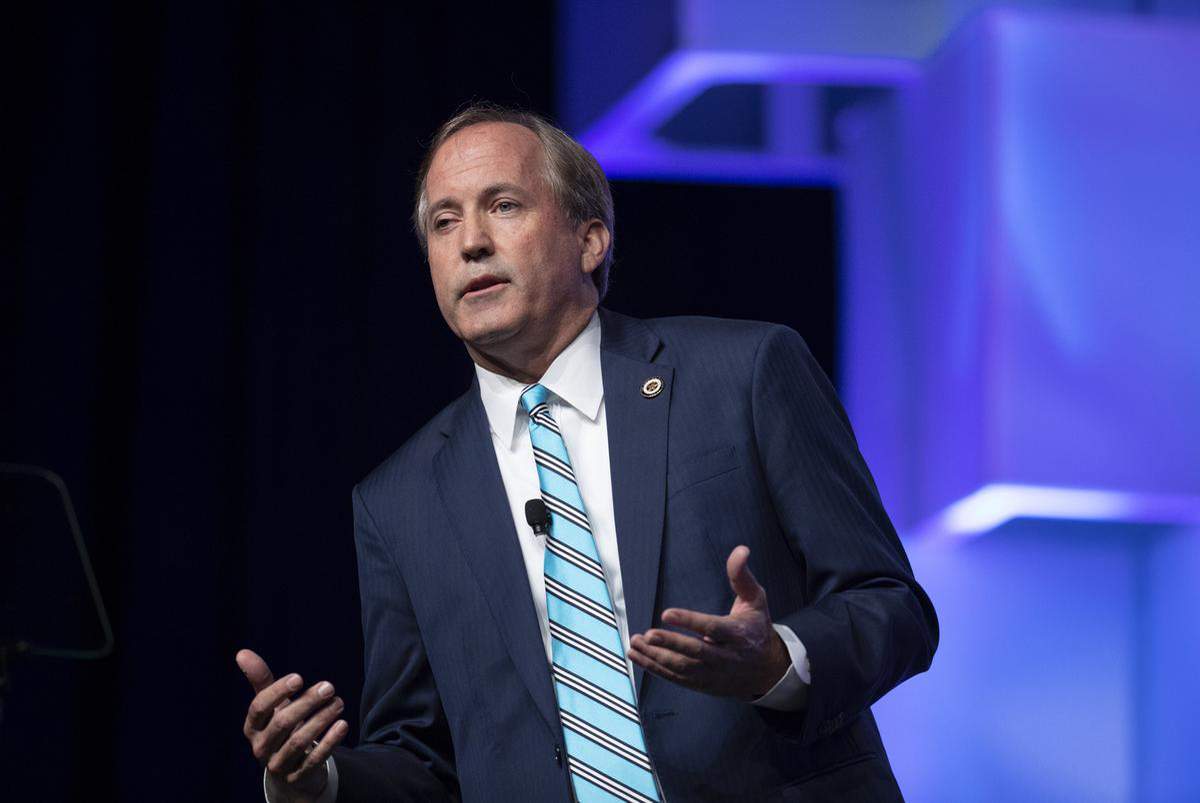 Texas Attorney General Ken Paxton is asking the U.S. Supreme Court to block the battleground states from casting “unlawful and constitutionally tainted votes” in the Electoral College. There is no evidence of widespread voter fraud, experts say.

In the suit, he claims that pandemic-era changes to election procedures in those states violated federal law, and asks the U.S. Supreme Court to block the states from voting in the Electoral College.

The last-minute bid, which legal experts have already characterized as a longshot, comes alongside dozens of similar attempts by President Donald Trump and his political allies. The majority of those lawsuits have already failed.

There is no evidence of widespread fraud in the 2020 election, officials in most states and U.S. Attorney General Bill Barr have said. Biden won in all four states where Paxton is challenging the results.

In a filing to the high court Tuesday, Paxton claims the four battleground states broke the law by instituting pandemic-related changes to election policies, whether “through executive fiat or friendly lawsuits, thereby weakening ballot integrity.”

Paxton claimed that these changes allowed for voter fraud to occur — a conclusion experts and election officials have rejected — and said the court should push back a Dec. 14 deadline by which states must appoint their presidential electors.

“That deadline, however, should not cement a potentially illegitimate election result in the middle of this storm,” attorneys for Texas wrote.

Officials in Georgia — where Secretary of State Brad Raffensperger recertified the state’s election results again Monday after a recount — were quick to dismiss Paxton’s allegations.

“The allegations in the lawsuit are false and irresponsible,” Georgia’s deputy secretary of state, Jordan Fuchs, said in a statement Tuesday. “Texas alleges that there are 80,000 forged signatures on absentee ballots in Georgia, but they don’t bring forward a single person who this happened to. That’s because it didn’t happen.”

“Mr. Paxton’s actions are beneath the dignity of the office of Attorney General and the people of the great state of Texas,” she said.

Paxton and Trump are political allies whose interests often line up in court, as with Texas’ challenge to the Affordable Care Act. Paxton, in public appearances, often characterizes their relationship as a friendly one, sharing the story of the time the president called while Paxton was in the shower.

Paxton, who has been under indictment since 2015 for felony securities fraud charges, is facing fresh criminal allegations from eight of his top deputies, who said they believe he broke the law by using the agency to do favors for a political donor. The FBI is investigating Paxton over those claims, according to the Associated Press. Paxton has denied wrongdoing.

Notably, Paxton himself is listed as the agency’s lead attorney on the case — a highly unusual role for the state official, who rarely plays a hands-on role even in the state’s major cases. Paxton’s new chief deputy, Brent Webster, signed onto the filing, but conspicuously absent is the agency’s top lawyer for appellate work, Solicitor General Kyle Hawkins, who typically argues the state’s cases before the Supreme Court and did so as recently as last month. None of Hawkins’ deputies is listed as contributing to the case, nor are any of the agency’s hundreds of other attorneys.

The agency instead appears to have hired an outside attorney, Lawrence Joseph, to contribute to the case.

The agency did not answer questions about its staffing choices for the lawsuit, nor did Hawkins himself.

BY EMMA PLATOFF with Texas Tribune.