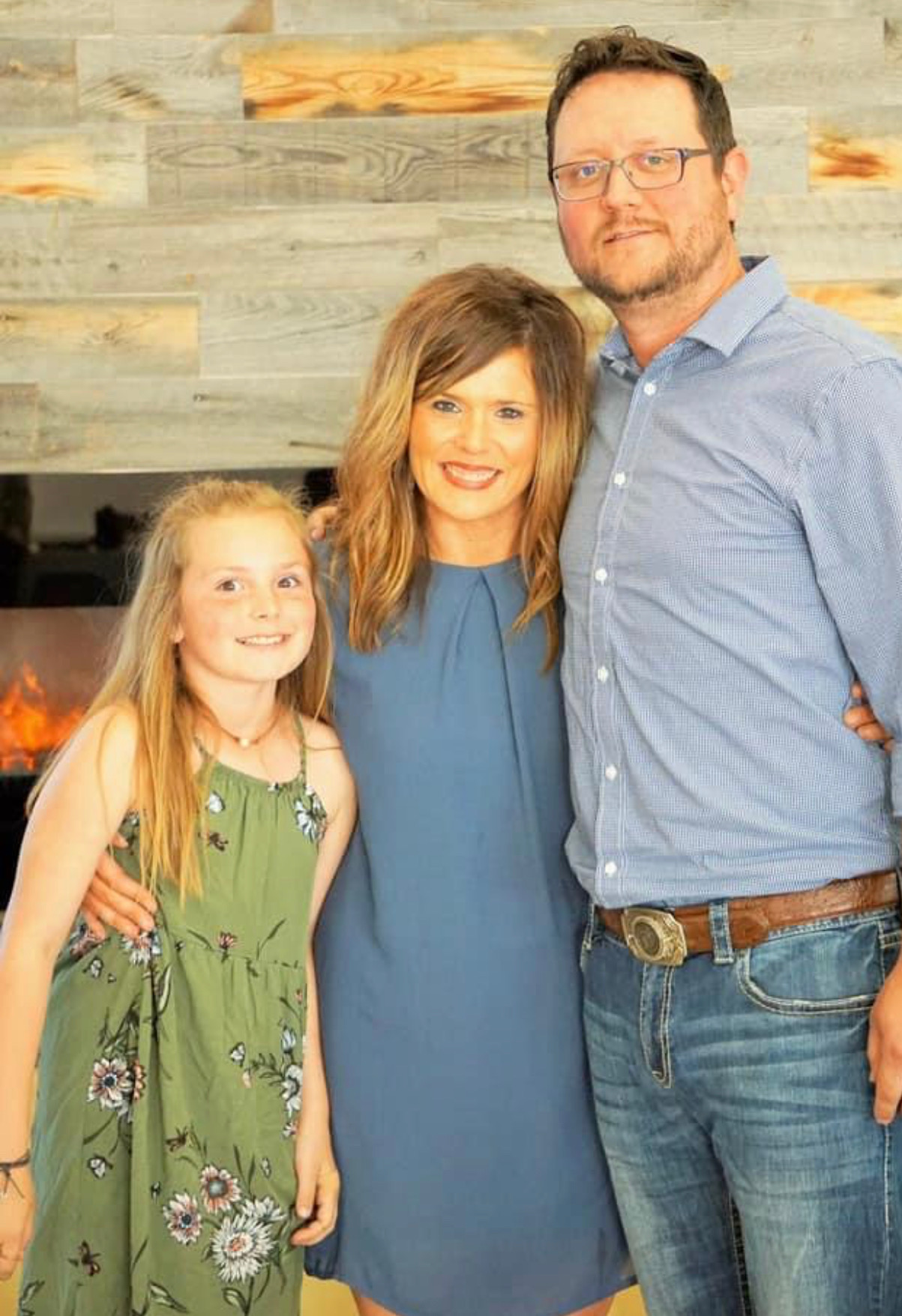 If you would have seen North Hopkins native Ryan Horne in Cumby twenty years ago, he would have been coming to war to terrorize the Trojans. Horne would have been looking to swipe second or third base, make a steal for a fast break lay up, hitting a double off the left field fence, or maybe running cross country through the town on his way to Austin.

These days, the former NH Athlete and SFA graduate, has taken a change of heart for the town he always wanted to defeat. Ryan moved back to Cumby a few years ago to be closer to family while still being able to work in his role as a Recruiter for his college alma mater, Stephen F Austin. After moving his family back to his new home, Ryan fell in love with the quaint small town.

Ryan, being no stranger to volunteer work, knew exactly what he needed to do to make him and his family become a major asset to their community. He settled in and started to get heavily involved within the community. He began volunteering his time with his daughter in youth sports as a coach, ran for city council, and decided to join the local volunteer fire department.
Ryan has a passion for helping others and giving back. It is something that burns inside of him. On April 14, 2012, Ryan lost his cousin Sgt. Tanner Higgins, an Airborne Ranger, while fighting the war on terror in Afghanistan. Ryan has been instrumental with the Tanner Higgins Military Memorial Fund. He is a founding member that organizes events throughout the year to help military men and woman with financial and social support beyond what the government offers to these service men and women and their families.
Horne, with no fire training background, saw a need where he could help the Cumby VFD, and decided to jump on board. He quickly fell in love with the department and has enjoyed the opportunity to give back to the community. He was named the Cumby VFD Fireman of the Year for 2020.

In a Facebook post, the department states, “Ryan has shown dedication above and beyond the call of duty. It is dedication like Ryan demonstrates that allows our department to serve our community even in these difficult times.”

Ryan was very humbled by this award but stated, “I do not do anything for an award, or a pat on the back. I do this because of my desire to be the good, when there is so much bad spread around these days. I do what I do because I want to be a great example for my daughter, my nieces and nephews, and to maybe be a glimpse of sunshine on someone’s rainy day.”