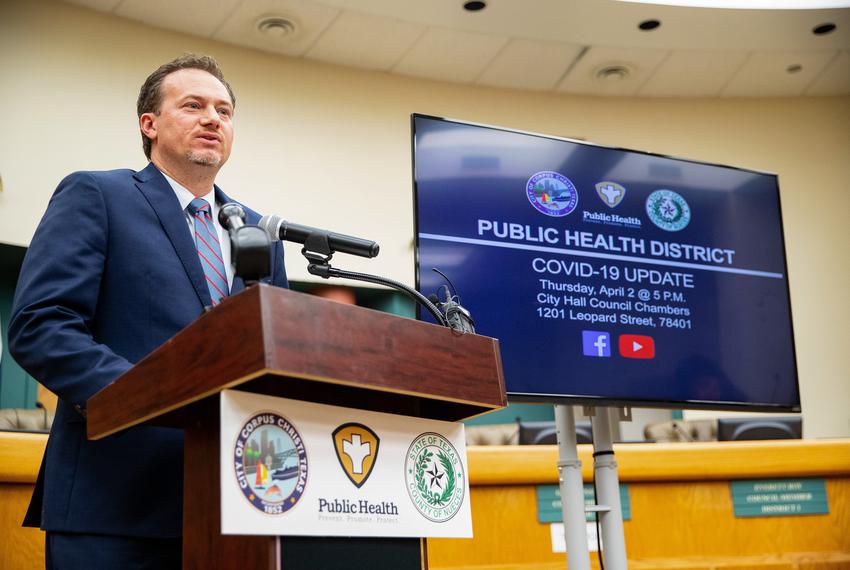 On the same day that U.S. Attorney General William Barr said the Justice Department had found no evidence of widespread fraud in the 2020 election, nine Texas Republicans in Congress signed a letter chastising Barr for a “shocking lack of action” in response to unproven allegations that fraud occurred.

“We appreciate an Attorney General who reveres the Constitution, who understands the rule of law and is able to skillfully and forcefully convey these ideals. What the American people need in this moment, however, is bold and courageous action,” they wrote.

U.S. Rep. Michael Cloud, a Victoria Republican, was the top signature on the letter, which he posted to Twitter late Tuesday afternoon. Eight other Texans were among the dozens of Republicans who signed on: U.S. Reps. Jodey Arrington of Lubbock, Brian Babin of Woodville, Mike Conaway of Midland, Dan Crenshaw of Houston, Bill Flores of Bryan, Louie Gohmert of Tyler, Lance Gooden of Terrell and Randy Weber of Friendswood.

They released the letter hours after Barr publicly stated there were no indications the election would be overturned, saying that the Justice Department has followed up on specific complaints.

“To date, we have not seen fraud on a scale that could have effected a different outcome in the election,” Barr told the Associated Press.

The Texans who signed the letter are among a handful of Republicans in the state who continue to question the election results, even as states have been certifying their results and lawsuits by President Donald Trump’s campaign continue to fail in court. Also on Tuesday, U.S. Sen. Ted Cruz, R-Texas, urged the U.S. Supreme Court to hear a Trump challenge to the results in the swing state of Pennsylvania, which President-elect Joe Biden won by more than 80,000 votes.

“I believe the U.S. Supreme Court has a responsibility to the American people to ensure that we are following the law and following the Constitution. Hearing this case — now, on an emergency expedited basis — would be an important step in helping rebuild confidence in the integrity of our democratic system,” Cruz said in a statement.

Local election officials, including many Republicans, have pushed back against those efforts. Nationally, Republicans are increasingly going public with their frustration at the president for undermining confidence in the election.

Judges have also been strident in their rulings against the campaign. In dozens of rulings, the language judges deployed against the Trump campaign has been startlingly sharp, according to legal experts.

Prior to the election, Barr was one of the Cabinet officials who was closest to the president. At times, Barr enraged Democrats as they perceived he was carrying legal water for Trump.
ARTICLE BY ABBY LIVINGSTON, TEXASTRIBUNE.ORG