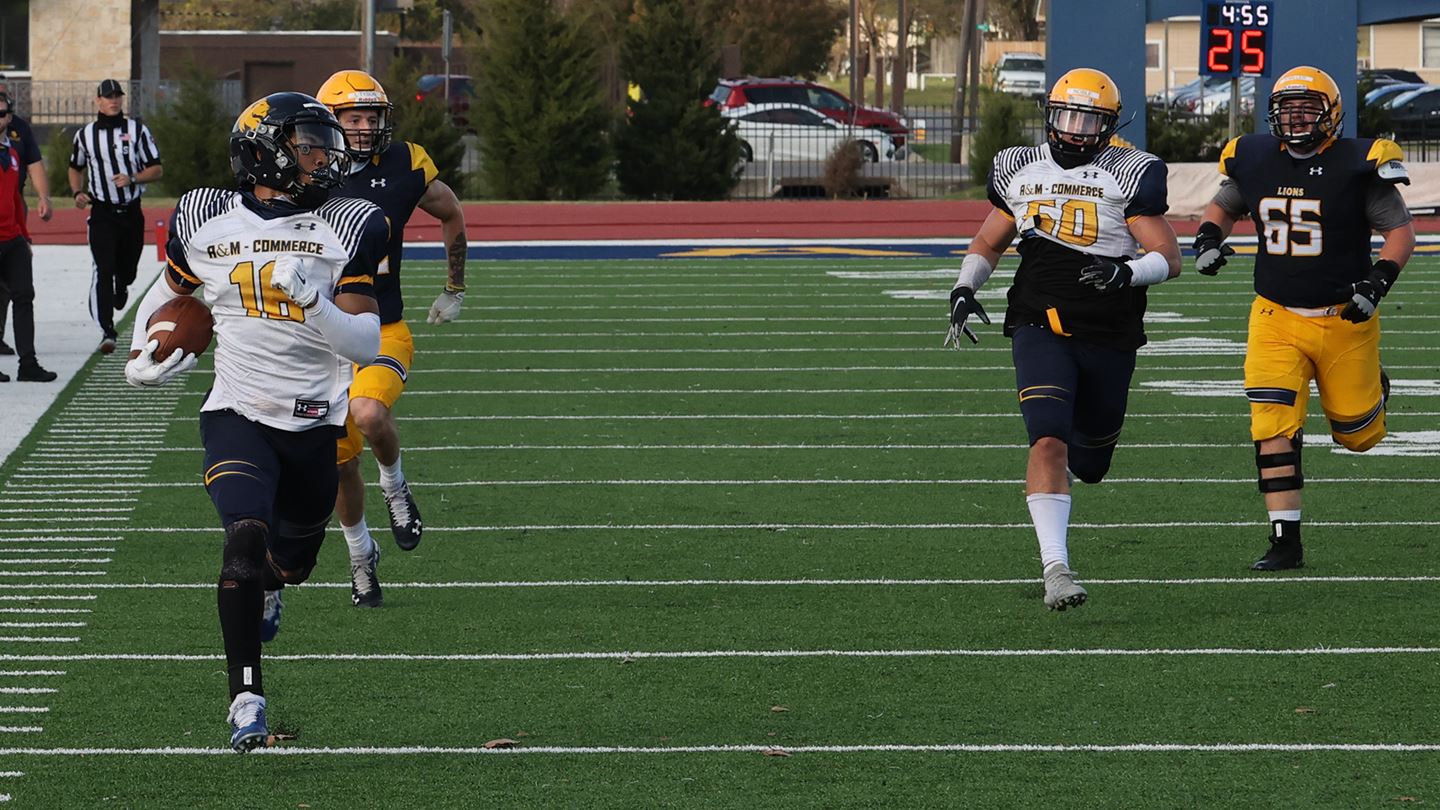 COMMERCE – The Texas A&M University-Commerce football team held its 2020 fall scrimmage Saturday as the showcase for the Lions’ progress in the fall practice segment.

In a special scoring system which rewarded both offensive and defensive performance, the defense earned a 27-18 victory.


After a scoreless first quarter, Jake Viquez (Rockwall) gave the offense a 3-0 lead on a 20-yard field goal after a long drive highlighted by a Shun’Darion Ward (DeSoto) pass to Gus Charles (Aldine – Davis) to set up a goal-to-go situation.

The defense controlled the scoring for the rest of the first half with two sacks, two three-and-outs, an interception in the end zone by Kyevon Rider (Whitehouse, Texas), and a 65-yard pick six by Sean-Krystoff King (Humble – Summer Creek). The defense had a 19-3 lead at the break.

Ward led a touchdown drive in the third quarter capped by a 10-yard touchdown pass to Colton Waters (Bridgeport), and the Viquez PAT cut the lead to 19-10.

Mekhi Roberson (Dallas – South Oak Cliff) had a fourth quarter interception and a three-and-out gave the defense more points before the offense rallied.

Eric Rodriguez (Fort Bend Travis) had a 23-yard completion to Michael Phoenix (Conroe) and a 33-yard completion to Devlen Woods (Tyler High) and Koby Leavatts (Cy Falls) had a 22-yard carry to get into scoring position. Tyson Oliver (Royse City) completed a 21-yard pass to Cameron Macon (Dallas – Carter) and a 28-yard strike to Phoenix before finding Phoenix once again for a 16-yard touchdown, setting up a one score game in the final minutes.

However, the defense put the clamps on late with a pair of sacks to clinch the win.

The Lions will wrap up fall practice next week before breaking until the spring semester.