Texas unemployment rate falls to 6.9% in October, a sign of slow and uneven economic recovery 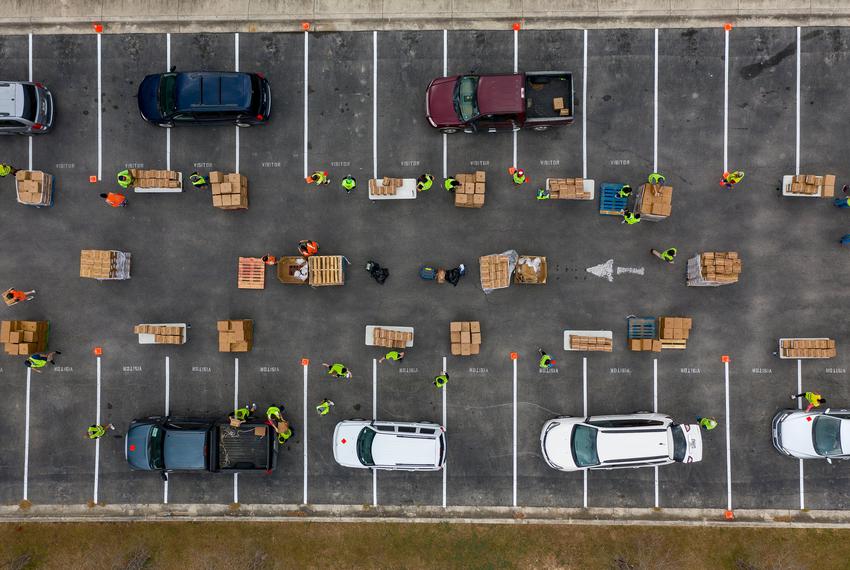 The Texas unemployment rate dropped to 6.9% in October, the U.S. Labor Department said Friday, an improvement from the state’s September rate of 8.3% as a new wave of coronavirus infections this month could further threaten the economic recovery.

It was the latest sign of the state’s slow and uneven economic rebound from the first wave of the coronavirus pandemic this spring, when Gov. Greg Abbott closed businesses across the state to control the coronavirus. But a rapid rise in cases first over the summer, and now this month, have critics calling for Abbott to reimpose safety restrictions.

Abbott has ruled out “any more lockdowns,” hoping that Texas staying open for in-person business will help spur the kind of economic recovery he and other Texas leaders set out for when the state was among the nation’s first to reopen businesses after major shutdowns in the spring.

So far, the strong economic rebound has not happened. Some companies that had hoped to avoid layoffs were forced to do so in October, like energy companies Chevron and Pioneer Natural Resources, which combined laid off at least 1,000 Texas workers in October.

Congressional leaders also thought the economic pain would not persist so long — the massive rescue package passed by Congress at the beginning of the pandemic was aimed at supporting individuals and businesses through the spring and summer, when officials expected the virus to have calmed down.

Instead, the virus is worse than ever, with incarcerated Texans in El Paso drafted this month to work in the county morgue, and with Fort Worth Mayor Betsy Price infected with the virus this week as Tarrant County sees record cases and with at least 7,900 Texans hospitalized due to COVID-19 as of Thursday.

“It’s a little dicey, these winter months coming up,” said Pia Orrenius, an economist with the Federal Reserve Bank of Dallas.

In October 2019, the Texas unemployment rate was 3.5%, nearly a record-best month. The year that followed was bleak, with the state tallying record-worst unemployment during the pandemic.

Through the first two weeks of November, more than 70,000 Texans applied for unemployment relief, something more than 3.8 million Texans have done since March. Still, Texans say they’re having trouble reaching The Texas Workforce Commission, including busy phone lines, another problem that has persisted throughout the pandemic.

Plus, some additional unemployment benefits that were part of the initial federal stimulus package have expired, sending some Texans into an economic spiral.

“What you want to see during a recovery is people who are unemployed only be out of work for short periods of time, five weeks typically,” Gittings said. “Here, we’re seeing the pool of unemployment be this larger and larger pool of stagnant individuals who can’t find a job.”

Without federal economic support as the recession drags on, Orrenius fears there could be long term economic effects from the recession, concerns similar to what was raised this week by Federal Reserve Chair Jerome Powell. He has advocated for more stimulus spending to support unemployed people, states, cities and small businesses.

“We’re not going back to the same economy, we’re going back to a different economy,” Powell said Tuesday. “That’s going to mean that those people who worked in the service industry, they may need help and support for a time as they find work in new places.”