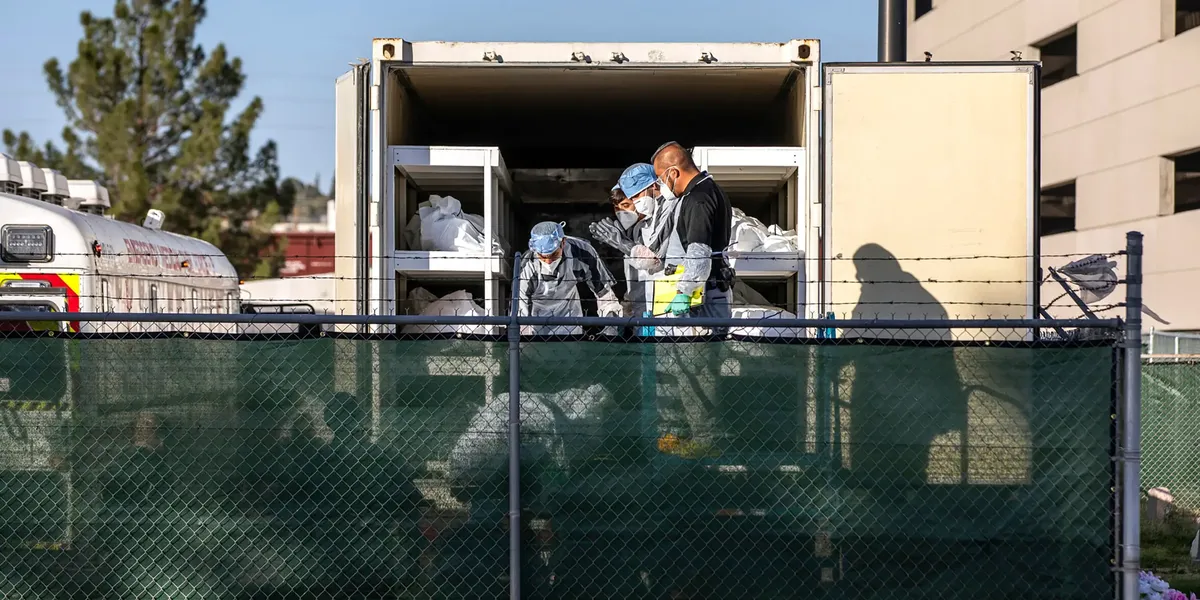 The morgue in El Paso is so overwhelmed by the number of people dying from COVID-19 that inmates from the county’s detention facility are being brought in to assist with the overflow of bodies awaiting autopsy.

While the work these inmates do in the community typically goes unpaid, Chris Acosta, a spokesperson for the El Paso County Sheriff’s Office, said “trustees refused to work unless they were compensated.” They’re making $2 per hour.

Between four and eight inmates from the detention facility’s trustee program are volunteering daily from 8 a.m. to 4 p.m. The inmates doing the work are misdemeanor offenders and those in minimum custody. The shifts started Monday, Acosta said.

Acosta said she couldn’t speak to the exact nature of the work the inmates are doing at the morgues, but she said that the inmates, one deputy and two detention officers are given personal protective equipment and are required to wear it.

Images and video show the trustees moving bodies to the eight, soon to be 10, mobile morgues set up outside the medical examiner’s office.

It’s a temporary assignment, Acosta said, while the county awaits the arrival of the National Guard.

The number of hospitalized coronavirus patients in the far West Texas city has shot up nearly tenfold since the start of September. Earlier this month, the Department of Defense sent medical teams to help and local funeral homes are readying extra refrigerated storage space.

El Paso County recorded a total of 45 new deaths Thursday and Friday caused by the virus. About 1,105 people are hospitalized, including 319 in intensive care, according to the latest city statistics.

Attempts by city and county officials to shut down nonessential businesses to try to slow the spread of the virus have bounced around in the courts, sowing confusion, Acosta said.

“A lot of the businesses have been calling my office, ‘Do I shutdown or not shutdown?’ The people are very confused. We’re just trying to follow the judge’s ruling and follow the law,” she said.

Asked about the precautions taken to keep the jail population safe, given trustees’ exposure to the virus, Acosta said anyone entering a county building is screened, which includes asking about symptoms and taking their temperature.