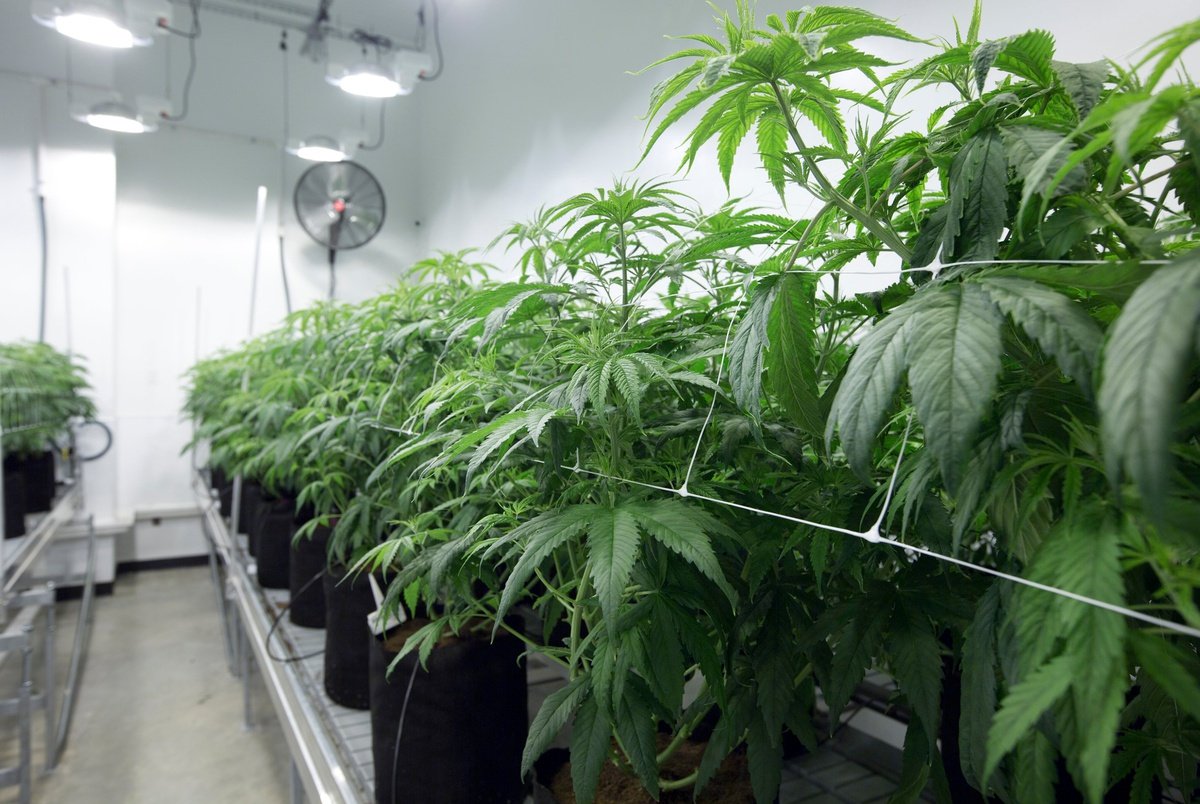 With a state budget devastated by the coronavirus, some Democratic lawmakers are hoping the economic crisis could become an opportunity to coax Texas into joining a growing number of states opting to legalize — and tax — recreational marijuana use.

The chances are slim.

State Sen. Roland Gutierrez of San Antonio and state Rep. Joe Moody of El Paso filed bills this week in advance of the 2021 legislative session that would legalize, regulate and tax personal cannabis use. State Rep. Terry Canales of Edinburg has proposed putting the question of legalization to Texas voters.

The coronavirus pandemic has blown a $4.6 billion hole in the state budget, according to the comptroller’s latest estimate, and the lawmakers argue that a legal marijuana industry could bring in hundreds of millions in tax revenue and create tens of thousands of jobs.

Voters in more and more states, they note, have legalized recreational cannabis use, including four more this month bringing the total to 15.

At the same time, marijuana arrests and prosecutions across Texas have been plummeting, largely because a bill passed last year that legalizes hemp has thrown prosecutions into disarray, and some cities have already eased off on pursuing small pot cases.

“As we see a number of states engaging around the country in a retail market, this is no longer an experiment,” Moody said. “It is also no secret that we are heading into some rough economic waters and we need to explore every possible revenue stream.”

But changes to marijuana laws still face powerful opposition at the Texas Capitol. The handful of legalization proposals filed in recent years have received little to no attention from lawmakers. And even less controversial measures, like lowering criminal penalties for marijuana possession, have fallen flat in the Texas Senate. With Lt. Gov. Dan Patrick, a staunch conservative, at the helm of the upper chamber, it remains unlikely that a legalization bill will make it out when the Legislature reconvenes in January.

In 2019, Patrick said he and other Senate Republicans opposed the bill that would have lessened penalties for possession, calling it a “step toward legalization of marijuana.” A spokesperson for Patrick did not respond to questions on his current stance on legalization efforts. Nor did state Rep. Dade Phelan, a Beaumont Republican expected to be the next House Speaker, or a spokesperson for Gov. Greg Abbott.

Gutierrez and Moody recognize the powerful opposition to legalization in the Senate. And Moody said while the Republican-majority House overwhelmingly passed a bill in 2019 to lessen penalties, many have still resisted legalization. But given the state of the economy and more states following the trend to legalize and tax cannabis, they said action was needed.

Gutierrez estimated Tuesday that legalization could create up to 30,000 Texas jobs, and Moody said the legislation could “add hundreds of millions of dollars in revenue, if not billions.” A recent analysis by a cannabis law firm said if Texas taxed cannabis similarly to Colorado, the state could take in more than $1.1 billion dollars per biennium.

Senate Bill 140 and House Bill 447 would both legalize the possession of up to 2.5 ounces of cannabis by anyone over the age of 21. For concentrates, the limit would be 15 grams. Texans would also be able to have up to 12 cannabis plants at their homes.

The Texas Department of Licensing and Regulation would regulate the manufacture and sale of marijuana, and there would be a 10% sales tax on any cannabis product. Moody’s proposed Texas Regulation and Taxation of Cannabis Act would funnel most of the tax revenue to teacher pensions and salaries, with some set aside for cities and counties. Gutierrez’s bill, dubbed the Real Solutions Act, would send the majority of revenue to school districts, with some set aside for border security and local law enforcement.

Both Gutierrez and Moody acknowledged lawmakers could shift where any revenue goes during the legislative process, but stressed the need for extra money in the state coffers — a need Gutierrez said other red states have recognized. On Election Day, voters in Montana and South Dakota leaned steadily toward reelecting President Donald Trump and also legalized recreational marijuana.

“[The states] are not exactly the home of liberal ideas,” Gutierrez said. “They see what every other state who has done this has seen: a source of revenue.”

Heather Fazio, director of Texans for Responsible Marijuana Policy, argues it would be irresponsible for the Legislature to not consider legalization next year. She pointed to a Pew Research Center survey that showed two thirds of Americans favored legalizing marijuana last year. Texas support is lower, but still at a small majority, according to a University of Texas/Texas Tribune poll. In March 2019, 54% of Texans in the poll said they supported legalization of recreational marijuana.

In 2019, Texas law enforcement arrested more than 45,000 people accused of possessing marijuana, according to the Texas Department of Public Safety. That number was considerably higher in 2018, before hemp was legalized, with nearly 63,000 arrests. A report by the American Civil Liberties Union found that in 2018, Black people in Texas were 2.6 times more likely to be arrested on suspicion of marijuana possession than white people.

Under Texas law, possessing any amount of marijuana is a Class B misdemeanor, punishable by up to six months in jail and a fine of up to $2,000. Possession of more than two ounces could mean up to a year in jail, and more than four ounces is a felony. Possessing any amount of any marijuana concentrate, including vape pens with more than 0.3% THC, is at least a state jail felony which carries a punishment of between six months and two years in the state prison system.

Medical cannabis is legal in very limited circumstances. The Texas Compassionate Use Act went into effect in 2015, allowing people with epilepsy to access cannabis oil with very low levels of THC. Last year, lawmakers expanded the list of qualifying conditions to include diseases such as multiple sclerosis, Parkinson’s disease and Lou Gehrig’s disease, or ALS.

Moody, who for years has carried bills that aimed to decriminalize marijuana and make low-level possession a civil offense, said he moved to legalization efforts this year in part to start the conversation.

“We have done a very good job around advancing the conversation around criminal penalties and medical use. We have had little to no dialogue on a retail market,” he said. “As this conversation continues to grow around the country, and specifically in Texas, I think there’s lots of room for people to change their mind on this topic.”