Home Local News What to expect as Texas heads to the U.S. Supreme Court in bid to overturn the Affordable Care Act
Local NewsTexas News

What to expect as Texas heads to the U.S. Supreme Court in bid to overturn the Affordable Care Act 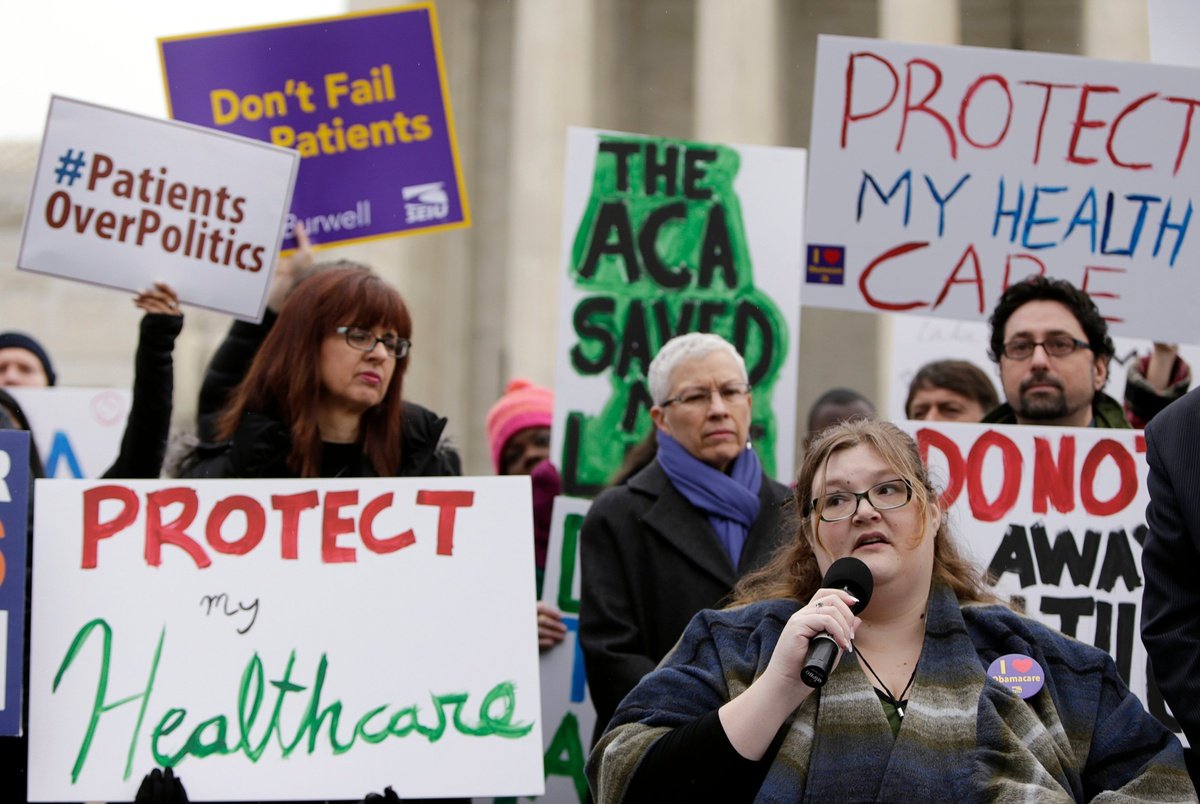 Texas, leading a coalition of Republican states, heads to the U.S. Supreme Court on Tuesday morning to argue that the Affordable Care Act is unconstitutional and should be struck down in its entirety.

On Texas’ side: the Trump administration. On the other side: a coalition of Democratic states led by California.

Health insurance and popular benefits for millions of Americans, including some 1 million in Texas who have subsidized health insurance plans under the law. The sprawling health law touches nearly every facet of the American health care system — from popular protections for individuals with preexisting conditions to no-cost benefits for certain health services to allowing young adults to stay on their parents’ insurance through age 26. Experts say it’s almost impossible to imagine the chaos that would come from ending the law without a replacement, particularly during the worsening coronavirus pandemic. Texas already has the nation’s highest uninsured rate.

Gov. Greg Abbott said years ago that if the Affordable Care Act were to fall, Texas would be ready with a replacement, but no plan has materialized. It would be difficult for the state to cover the gaps without congressional action, given its limited regulatory authority over the insurance market.

What are the legal arguments?

Texas argues that the entire fate of the act turns on one key provision, the individual mandate. Once a penalty you had to pay for not purchasing insurance, the mandate was set to $0 by Congress in a 2017 tax cut. Texas argues that since the mandate is $0, it cannot be interpreted as a tax, and thus must fall as unconstitutional.

The state’s legal team goes a step further than that — and here’s where it loses some legal scholars. Texas claims that if the individual mandate must fall as unconstitutional, the entirety of the sprawling health law has to go with it. That question of “severability” is at the core of the case.

A number of legal scholars don’t buy that, and a conservative federal appellate court, the 5th U.S. Circuit Court of Appeals, said much the same when it heard the case a few years ago. In its December 2019 ruling, the court said the individual mandate was unconstitutional, but that it needed to hear more arguments about why the rest of the law had to fall with it.

The California coalition has argued that the individual mandate remains constitutional, but that even if it were not, the rest of the law could stand without it.

Why is Texas involved?

Texas, leading a coalition of Republican states, filed this lawsuit in February 2018, though that was not its first time challenging the law. Texas is just one state, but given its size and Republican leadership, the attorney general here has often led the way on major challenges to federal law (see also: the Deferred Action for Childhood Arrivals program, environmental regulations) as well as other major multi-state investigations (like a probe into Google). Abbott, a former attorney general, used to describe his job this way: “I go into the office, I sue the federal government, and then I go home.”

In this case, the Trump administration has sided with Texas and the other red states, leaving Democratic states like California to defend the federal law. Congressional Republicans have vowed for years that they would “repeal and replace” Obamacare, but it has never happened.

It’s impossible to say for sure how the court will decide this case — especially now that it has welcomed a new member, Justice Amy Coney Barrett. The Affordable Care Act has come before the high court and survived more than once, but that was when the court had a very different makeup.

However, legal experts on both sides of the political aisle have said from the start that they consider Texas’ legal arguments weak, and many say it’s unlikely the court will strike the law down in its entirety. The court could decide to punt the case on a procedural issue. Or it could uphold most of the law, but ax the now-toothless individual mandate and perhaps a few closely related provisions.

“The likeliest outcome is that the justices vote to get rid of the lawsuit, because it’s so galactically stupid, to be totally candid,” Nicholas Bagley, a University of Michigan law professor who has followed the case closely, told The Texas Tribune shortly after Supreme Court Justice Ruth Bader Ginsburg died. “But I think any confidence you might have had before Justice Ginsburg died that the case would be turned away has surely been shaken. And I think there’s a lot more uncertainty about the future of the ACA.”

A ruling would likely come sometime next year.