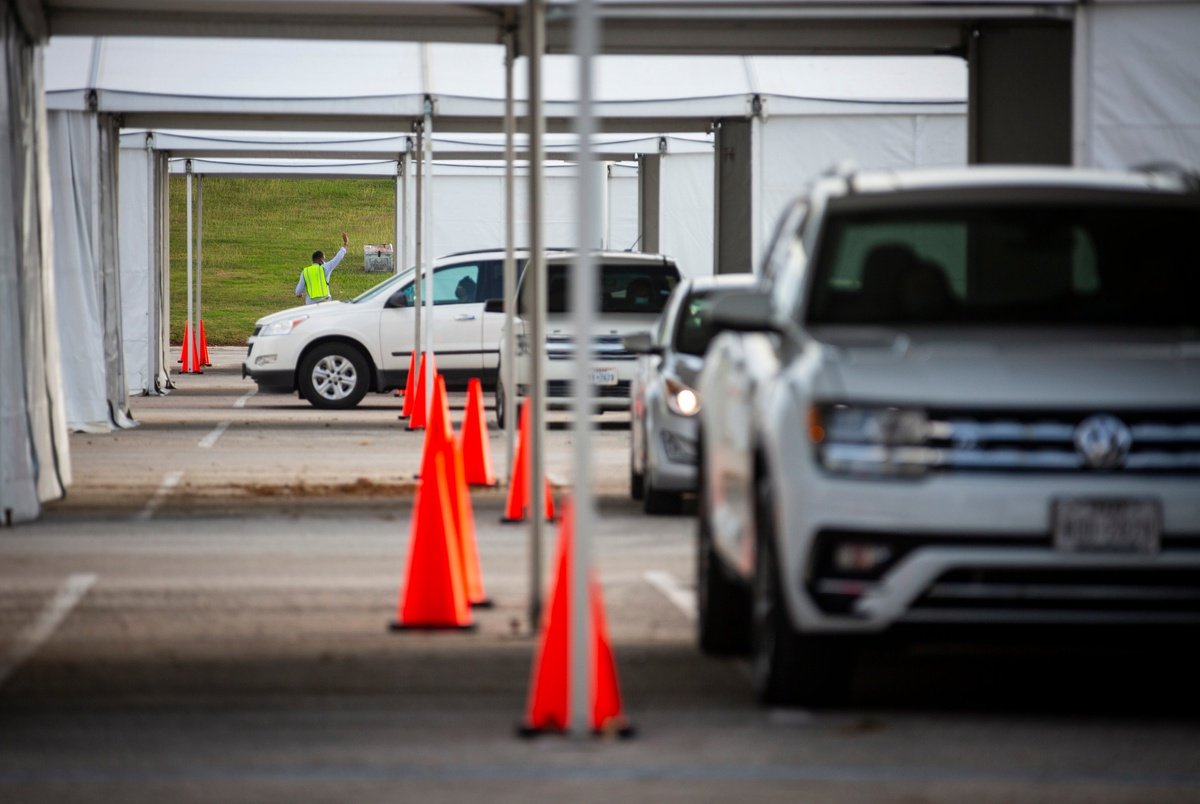 A federal judge Monday rejected a request by a conservative activist and three Republican candidates to toss out nearly 127,000 votes cast at drive-thru polling sites in Texas’ most populous county, which is largely Democratic.

In his ruling from the bench, Hanen said he rejected the case on narrow grounds because the plaintiffs did not show they would be harmed if the drive-thru ballots are counted.

The Republican plaintiffs appealed the decision late Monday to the 5th U.S. Circuit Court of Appeals, asking the appellate court to disallow drive-thru voting on Election Day in Harris County just hours before it is set to begin. But they did not immediately raise the issue of tossing the already-cast votes.

Ten percent of Harris County’s in-person early voters cast their ballots at the county’s 10 drive-thru locations. Dismissing the votes would have been a monumental disenfranchisement of voters in a presidential election besieged with fights over voter suppression and fraud.

If he had ruled on the larger issues in the case, Hanen said, he would have rejected the request to toss out votes already cast. But Hanen said he would have shut down Harris County’s drive-thru polling places for Election Day because the tents being used for the sites don’t qualify as voting inside a “building,” a requirement under state election law.

“If I were voting tomorrow … I would not vote in a drive-thru just out of my concern as to whether that’s illegal or not,” he said. “I am going to order the county to maintain all the drive-thru voting records … just in case the 5th Circuit disagrees.”

Shortly after the GOP plaintiffs filed their appeal, Harris County Clerk Chris Hollins said he would close nine of the 10 drive-thru locations for Election Day. The Toyota Center is the only place that only polling location that will allow drive-thru voting Tuesday because it is located within a building’s garage as opposed to the tents set up outdoors at other sites.

“My job is to protect the right to vote for all Harris County voters, and that includes those who are going to vote on Election Day,” Hollins said on Twitter. “I cannot in good faith encourage voters to cast their votes in tents if that puts their votes at risk.”

Hanen ruled from the bench after a hearing with plaintiffs, the county, and numerous Texas and national voting rights and political groups joining Harris County to argue that the drive-thru program was legal under Texas election law.

Jared Woodfill, an attorney and former Harris County GOP chair, is representing the plaintiffs. He is among the Republicans who have waged several legal battles — many of them rooted in Harris County — leading up to Tuesday’s bitterly contested election.

Houston Democrats have launched a robust effort to make voting as easy as possible, tripling the number of early and Election Day polling locations and increasing the county’s election budget from $4 million in 2016 to $33 million this fall. They reject GOP claims that making voting easier carries inherent risks of widespread voter fraud.

Republican leaders and activists have furiously worked the levers of power, churning out lawsuits, unsubstantiated specters of voter fraud and official state orders in their bid to limit voters’ options during the pandemic.

“If President Trump loses Texas, it would be difficult, if not impossible, for him to be reelected,” Woodfill wrote in a filing in another lawsuit. “As Harris County goes, so too will Texas.”

In the challenge to drive-thru polling places, Hotze and the candidates sought to have the tens of thousands of votes already cast declared illegal, arguing that the county’s drive-thru program was an expansion of curbside voting, which under state election law is only available for voters who are disabled or sick.

Curbside voting, long available under Texas election law, requires workers at every polling place to deliver onsite curbside ballots to voters who are “physically unable to enter the polling place without personal assistance or likelihood of injuring the voter’s health.” The plaintiffs also argued that the drive-thru program expanded voting beyond what the Texas Legislature had allowed, using the pandemic as an excuse.

The Harris County clerk’s office argued that its drive-thru locations are separate polling places, distinct from attached curbside spots, and therefore can be available to all voters. The clerk’s filing with the Supreme Court in the earlier lawsuit also said the Texas secretary of state’s office had approved of drive-thru voting. Keith Ingram, the state’s chief election official, said in an earlier court hearing in another lawsuit that drive-thru voting is “a creative approach that is probably okay legally,” according to court transcripts.

And even if the court decided the polling places violated state election law, county officials argued, Texas law and court precedent dictate that voters shouldn’t be penalized for election officials’ errors, and the votes would still be valid. Hanen appeared to agree with this sentiment, noting that he didn’t “necessarily find the voting to be illegal as opposed to the voting place.”

After losing twice in the state courts, Hotze and the candidates made the argument in a federal court hearing Monday that Harris County’s drive-thru voting violated the U.S. Constitution, and therefore the votes should be deemed invalid.

The legal challenge gained national attention as lawsuits across the country pit Democrats and voting rights groups seeking to expand voting access during the pandemic against Republicans pushing to limit voting options.

Over the weekend, many voting rights and political groups joined the fray, filing briefings before Hanen supporting the legality of the votes and hoping to take part in the lawsuit. Some of the parties included the American Civil Liberties Union of Texas; a Texas-based NAACP; the League of Women Voters of Texas; Republican former House Speaker Joe Straus; the campaign of MJ Hegar, Texas’ Democratic U.S. Senate candidate; and national Democratic campaigns.