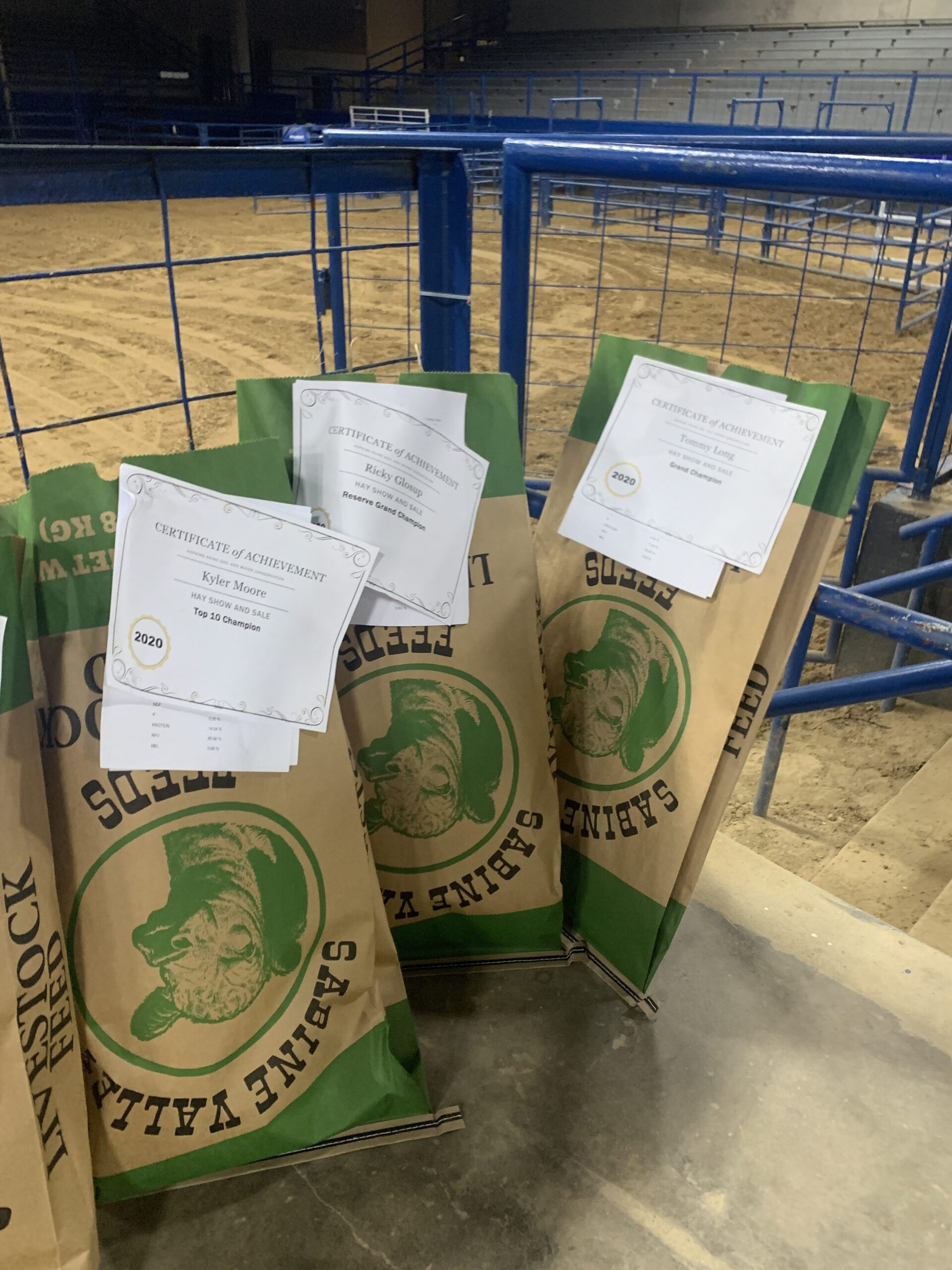 The 2020 Hopkins/Rains County Soil and Water Conservation District Hay Show was held on Tuesday to raise money for student scholarships and education programs. Two $1,500 scholarships will be given from the proceeds to Hopkins County and Rains County students planning to study agriculture.

There were 31 samples entered into the contest and the samples were analyzed by Northeast Texas Farmers Co-op. The top ten samples were auctioned off after a BBQ lunch and remarks by Andy Wright.