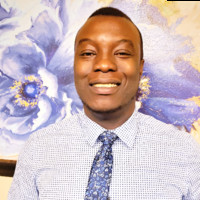 A former Wildcat athlete and Sulphur Springs High School graduate was murdered in Houston last weekend, according to Houston PD.

Shawn Bernard Akintola, 36, was outside his apartment at 12023 Bissonnet Street at approximately 1:05 p.m. on September 19th when he was confronted by an unknown suspect and a gunshot was heard.  Akintola was found with a gunshot wound to the chest.

He was pronounced dead at the scene by Houston Fire Department paramedics.

The suspect, described only as a black male, fled in an unknown direction. At this time, investigators believe robbery was not the motive for the shooting.

The Houston Chronicle reported that Akintola  had been moving items from his car to his apartment with the help of a neighbor.

A candlelight vigil is planned for tonight(Friday, September 25th) from 7-9 p.m. at Pacific Park.

Akintola was a member of the SSHS Class of 2002.