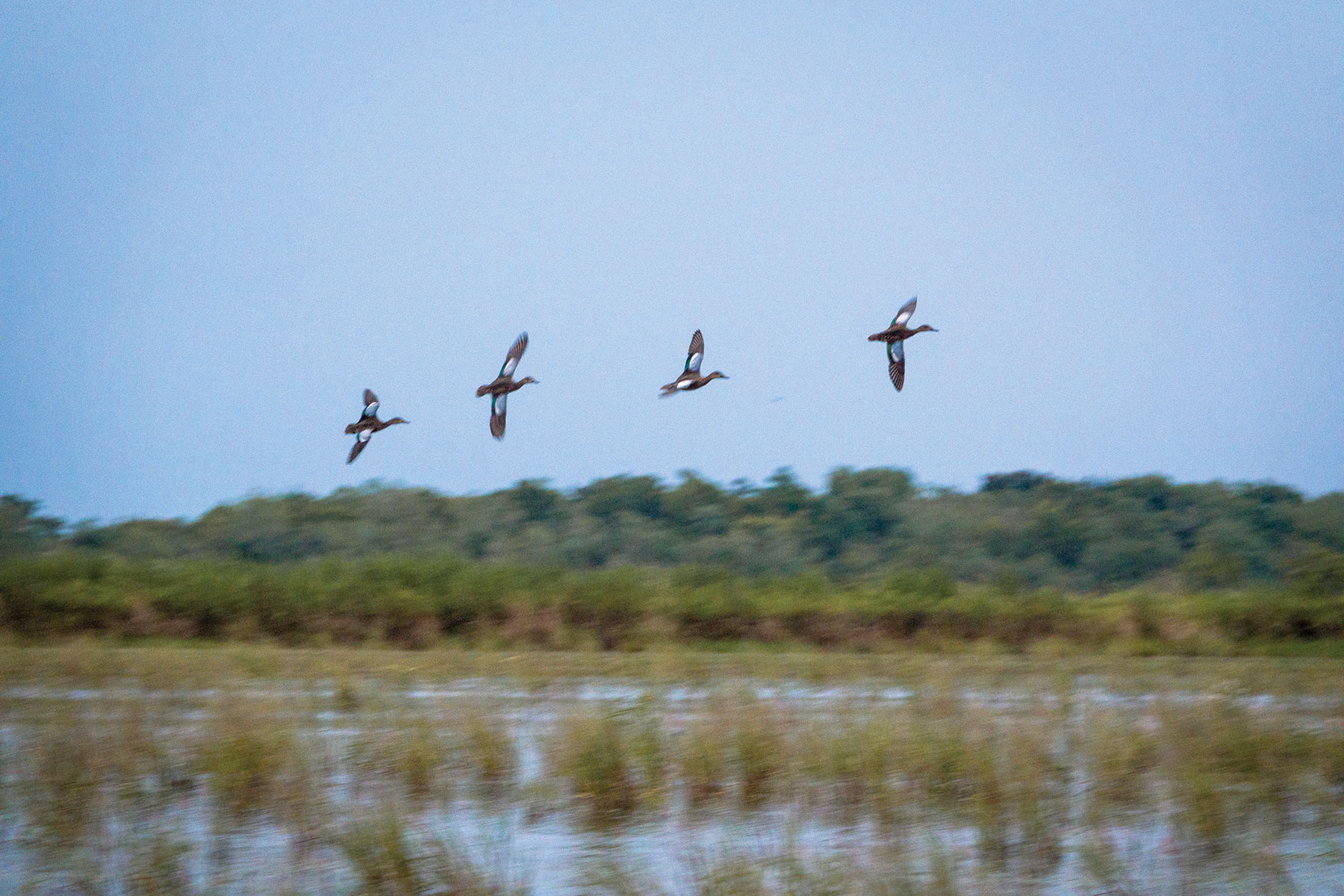 This year’s early teal hunting season is expected to be one of the best seasons seen by Texas hunters in quite some time as conditions affecting the waterfowl’s migration and habitat are above average for this time of year.

“We’ve not seen conditions line up as well as they currently are in a long time,” said Kevin Kraai, Waterfowl Program Director for the Texas Parks and Wildlife Department (TPWD). “We predict that this should be a very successful teal season in Texas.”

The 16-day statewide early teal season in Texas will run Saturday, Sept. 12 through Sunday, Sept. 27. The daily bag limit on teal is six, with a possession limit of 18.

Due to the COVID-19 pandemic, the annual May Waterfowl Breeding Population and Habitat Survey was canceled. However, according to a completed North Dakota Game and Fish Breeding Waterfowl Survey, blue-winged teal numbers appear to be 55% higher than the previous year. North Dakota serves as a popular breeding ground for blue-winged teal prior to their fall migration to southern states. Following two consecutive years of above average rainfall in the Eastern Dakotas, the survey data suggests that the birds were successful at reproduction and are likely approaching record numbers.

“We are just a few days removed from a big full moon, which triggers migration, and now have experienced record cold across much of the flyway from a cold front just days before the season opener,” Kraai said. “We are also expecting another full moon towards the end of teal season that should help with bringing in new birds.”

As for conditions and prospects for teal season around the state, TPWD waterfowl biologists report:

Hunters should purchase their new 2020-21 Texas hunting license prior to hitting the field. It’s also required by law that hunters have proof of their completion of a hunter education course.

Teal season dates, along with regulations, bag limits and more can be found in the all-digital Outdoor Annual. Hunters can also access digital copies of their licenses via the Outdoor Annual and My Texas Hunt Harvest apps.

Anyone hunting on Texas Public Hunting Lands are also required to purchase an Annual Public Hunting Permit. Texas has more than 1 million acres of land that is accessible to the public. More information about these lands and locations can be found on the TPWD website. Hunters using public lands can complete their on-site registration via the My Texas Hunt Harvest app.