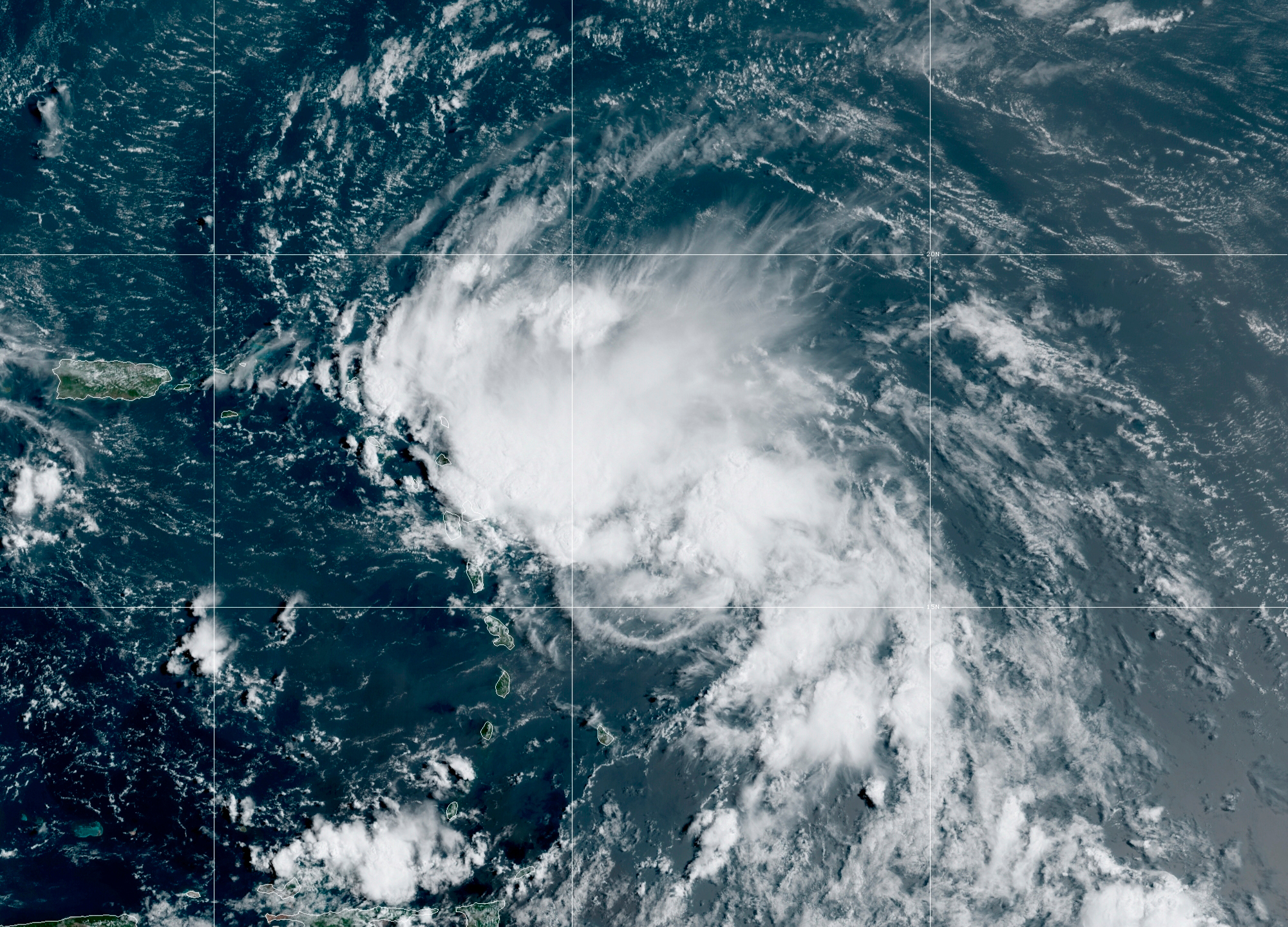 This satellite image released by the National Oceanic and Atmospheric Administration (NOAA) shows Tropical Storm Laura in the North Atlantic Ocean, Friday, Aug. 21, 2020. Laura formed Friday in the eastern Caribbean and forecasters said it poses a potential hurricane threat to Florida and the U.S. Gulf Coast. A second storm also may hit the U.S. after running into Mexico’s Yucatan Peninsula. (NOAA via AP)

Earlier in the day, the mayor of Galveston called for a mandatory evacuation of the city after Tropical Storm Laura strengthened into a hurricane and its path shifted westward, increasing the chances that it could strike the Houston area. Throughout the day Tuesday, officials in counties and cities along and near the coast issued various voluntary or mandatory evacuation orders. Abbott said that more cities and counties were likely to issue such orders before Laura makes landfall.

Speaking in Austin, Abbott said Laura is expected to be a Category 3 hurricane, though Texans need to be prepared for it to turn into a Category 4 hurricane. He said Laura likely will not be a “replication” of Hurricane Harvey — the storm that flooded the coast three years ago — and that it would be “more of a wind event,” sweeping up through the state as far north as potentially Texarkana.

“With the uncertainties of this storm and its increasing strength, we need to take all necessary precautions to protect our residents,” Galveston Mayor Pro Tem Craig Brown said in a written statement. “It’s imperative that you make plans this morning to secure your homes and move you and your family to safety off island.”

Abbott, in remarks shortly after 1 p.m., warned that people in Laura’s path have “only a few more hours” to make preparations to ensure the safety of themselves and their property.

The hurricane is expected to strike somewhere along the Texas or Louisiana coast sometime late Wednesday or early Thursday.

There are several evacuation centers that are already set up or in the process of being set up, Abbott said. They include locations in San Antonio, Austin, Mesquite and Ennis.

Abbott also told Texans who are evacuating that they need to be mindful of the fact the state is still in the grips of the coronavirus pandemic. The state has averaged about 200 new COVID-19 deaths per day in August.

“Remember just because a hurricane is coming to Texas does not mean that COVID-19 either has or will leave Texas,” Abbott said.

To that end, Abbott said the best places Texans could evacuate to are a hotel and motels, allowing families to isolate from other groups by staying in separate rooms. He also said the state is adjusting its evacuation strategy by loading fewer people on buses and providing personal protective equipment to those passengers as well as to shelters.

The state is “keenly focused on any type of senior living facility,” where residents are especially vulnerable to the virus, Abbott said. The state is working to evacuate those facilities where possible.

Asked about the potential for gas shortages, Abbott said the state has taken a proactive approach and has been “surging gasoline supply to the regions” in the path of the hurricane.

On Sunday, Abbott declared a state of disaster for 23 counties and requested federal assistance in anticipation of two impending hurricanes, Laura and Marco. By the time it made landfall Monday near the mouth of the Mississippi River, Hurricane Marco had weakened into a tropical depression, bringing heavy rainfall and gusty winds, The National Hurricane Center said.

Laura could become the second significant storm to impact Texas during the 2020 hurricane season. In Late July, Hurricane Hanna dumped more than 15 inches of rain on South Texas at the same time the region became one of the nation’s biggest coronavirus hot spots.

This week marks three years since Hurricane Harvey made landfall near Rockport as a Category 4 storm, then inundated Houston with 50 inches of rain, flooding thousands of homes and killing more than 80 people.