Daily Devotional from The Way Bible Church for August 6th, 2020 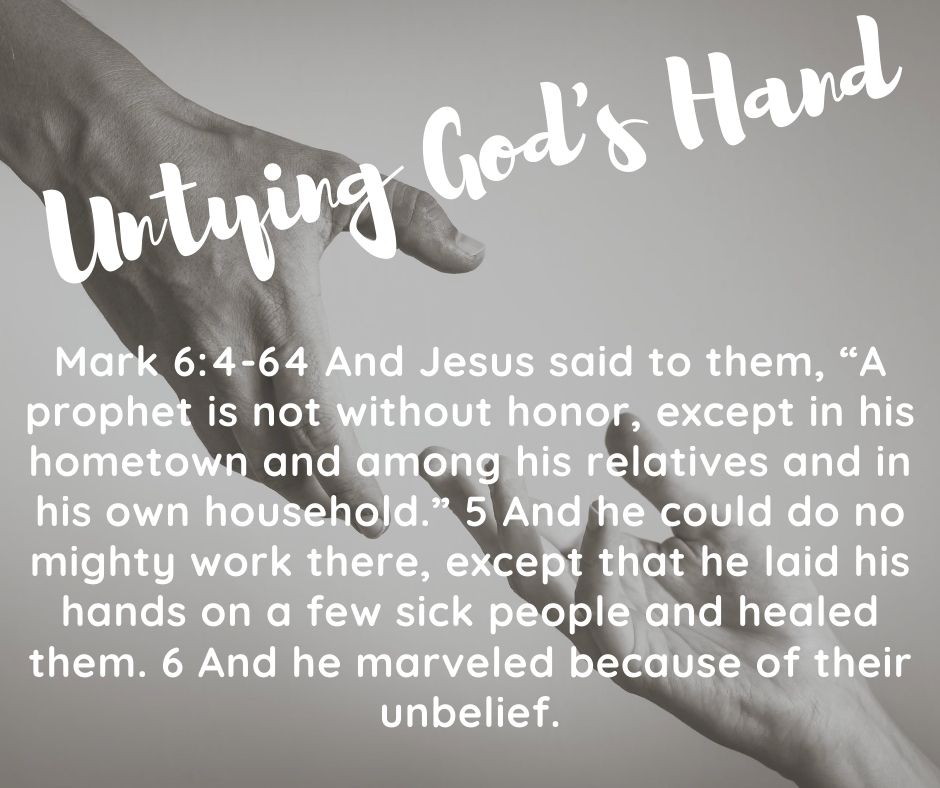 Did you know that how your honor the Lord directly effects whether or not He is able to move on your behalf? It’s true. Notice how today’s scripture text is written. It doesn’t state that He wouldn’t do something for them, as if to say that He was mad or hurt because they didn’t treat Him the way He thought they should have. No, it says that He couldn’t.

Honor is a big deal to God because it indicates priority and faith. If you were to go back and read a the verses prior to these you would see that they even refused to call Jesus by His name. Jesus wholeheartedly wanted to touch and heal them. He wanted to open blinds eyes and cast out demons. He wanted to bring Heaven into their earthly situation. But because they didn’t recognize and therefore honor the Gift of God that was standing right in front of them, the faith wasn’t there to draw upon His power. The people’s lack of honor actually tied the hands of God, so much so, that it says Jesus marveled at their unbelief. Can you imagine impressing God, not by your faith, but by your lack of it?

Are there areas in your life in which you desperately need to see God move? Maybe it’s an estranged relationship with a family member. Maybe you need a miraculous healing. Maybe you’re struggling with depression or anxiety. Whatever the issue may be, make sure that you haven’t fallen into the trap of simply begging or demanding God to do something for you. If you’ll start by giving Him the honor He is so deserving of He will be able to move on your behalf. This is not kissing up to Him and stroking His divine ego, it’s strengthening your faith to receive from Him because you’re Him more attention than you’re giving to your problems. He is ready, willing, able and wanting move in your situation. Lifting His name higher than what you’re dealing with will untie His hands and your breakthrough will be released. – Love and Blessings, Pastor Jeff