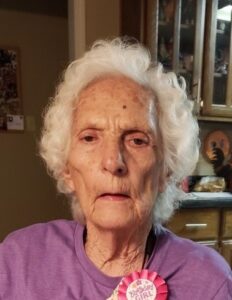 Graveside service for Helen Frierson, age 89, of Sulphur Springs will be held at 2:00 P.M. on Thursday, July 30, 2020 at Restlawn Memorial Park with Rev. George McCain officiating.  There will be no formal visitation.  Mrs. Frierson passed away on Tuesday, July 28, 2020 at her residence.

Helen Jean was born on October 4, 1930 in Chicota, TX to Jess and Dora Keller.  She married Norman Frank Frierson in Arkansas on July 8, 1950.  Helen retired from AT & T.  She was of the Baptist Faith.

Helen was preceded in death by her parents; husband; several brothers and sisters.