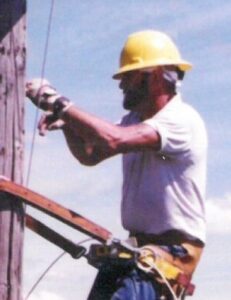 He was born on April 28, 1954, in Ashland, Kentucky. He was briefly in the U.S. Army spending a tour duty in Germany. He worked as aerial lineman/supervisor for 32 years, traveling in numerous states and into Canada.

Leaving behind to mourn his death are his wife, Jean, of Sulphur Springs; one granddaughter, Heather Kresta;3 grandchildren; and 6 great grandchildren; Also, one brother in Houston and a sister in Austin.

Mr. Webb was preceded in death by his parents and two siblings.

No formal visitation or services is planned at this time.