Daily Devotional from The Way Bible Church for July 22nd, 2020 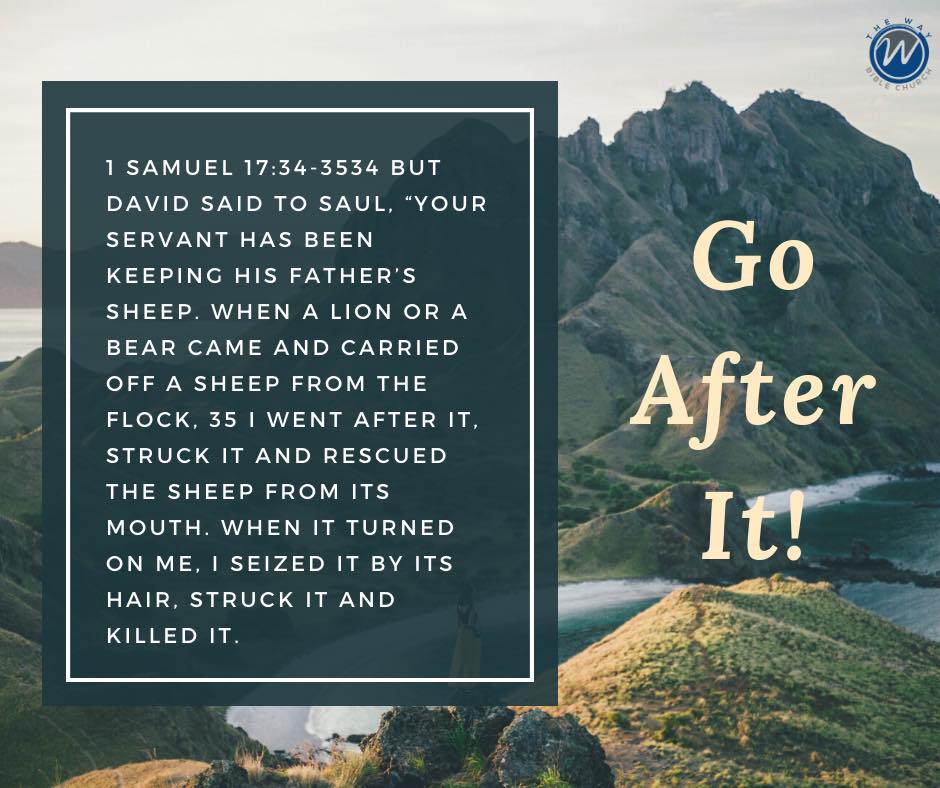 Have you been running away from what God is asking you to run to? When people get asked this question they immediately assume that they’re being asked about running from their ‘calling’ or God given assignment in life. But, what if the thing you’re called to run to isn’t necessarily a calling but an issue or struggle in your life or the life of those you care about? Many people will go their entire lives dealing repeatedly with the same problems because they do their best to avoid them rather than conquer them.

Notice how today’s verse reads. David said that he ‘went after’ the lions and bears that attacked his flock. He didn’t try to ignore or flee from them. Can you imagine how many lions and bears would have eventually been using David’s sheep as a buffet had he chosen to not defeat them and just ignored them? Many people get to the place of being overwhelmed by their struggles because they refuse to face them. One by one the problems pile up, eventually becoming too much for them to handle. While fighting these issues may not be what they’re ‘called’ to do, they can hinder you from seeing that calling come to pass. Think about it. Had David not conquered the lions and bears, he would’ve have never been able to conquer Goliath and deliver Israel…which was the first step into God publicly revealing David’s destiny.

What lions and bears are needing to be defeated in your life? What are you running from that you need to be running to? Having to defeat these things isn’t your destiny, but refusing to take care of them may be keeping that destiny from coming to pass. There’s nothing that you can’t overcome when you operate under the covering of His Holy Spirit. God’s got you covered and your destiny is just bold step toward victory away. – Love and Blessings, Pastor Jeff