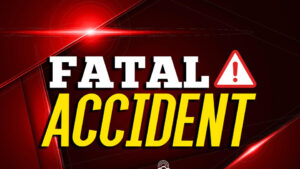 Paul Arthur Stieber was travelling east on FM 1567 at 7:30 pm when his 2014 Dodge pickup left the road and struck a tree. The truck rolled over after striking the tree. The cab of the truck was reportedly crushed during the rollover.

Emergency personnel responded to the scene and extracated Stieber from the vehicle. Stieber was pronounced dead at the scene by Justice of the Peace Brad Cummings.

Coronavirus kills another 1,000 in Texas in just 10 days