Daily Devotional from The Way Bible Church for July 17th, 2020 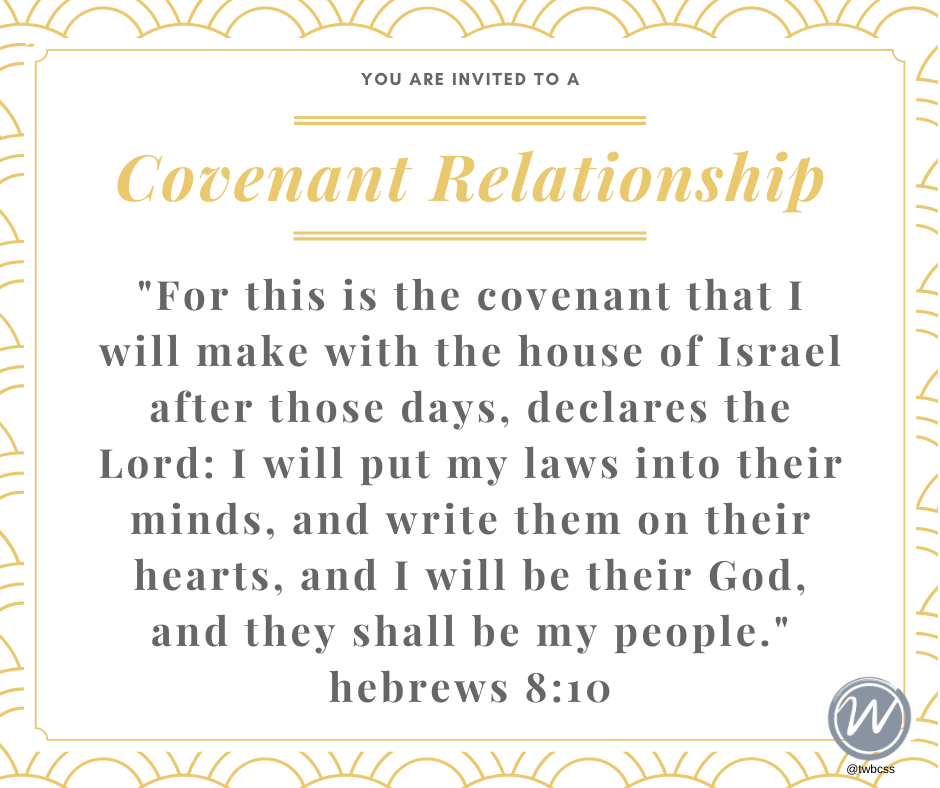 When most people hear the word ‘covenant’ they immediately think of a contract. While there are similarities between the two, the strength and durability of contract falls far short what a covenant entails. A contract is where two parties come together about a certain issue, stipulations are given, and an agreement is reached. Ratification and signing of a document by both parties occurs, you are then legally bound by the stipulations of the contract.

A covenant, while it includes a contract, involves a relationship, with the priority being the relationship not the contract. This is why buying a car is different than marrying a spouse. You don’t have to like someone in order to enter into a contract when you’re going to buy a car from them. In fact, in many cases you’ll never meet the person you are in contract with. A salesperson negotiates, sets up the terms and helps you sign the contract. You never meet anyone from the finance company. When you get married, on the other hand, you want the relationship so much that you willingly sign a contract to bring that relationship to a heavenly standard rather than a worldly standard. The only way out of a covenant is death.

When God established the New Covenant, He did it between Himself and His Son, both of them being eternal, so that the covenant of salvation would never end. He now, with the intention of being in an eternal relationship with you, extends an open invitation to you to take part in this covenant. This covenant has amazing benefits and privileges. All you have to do to find out what they are is read the Contract. (Your Bible)