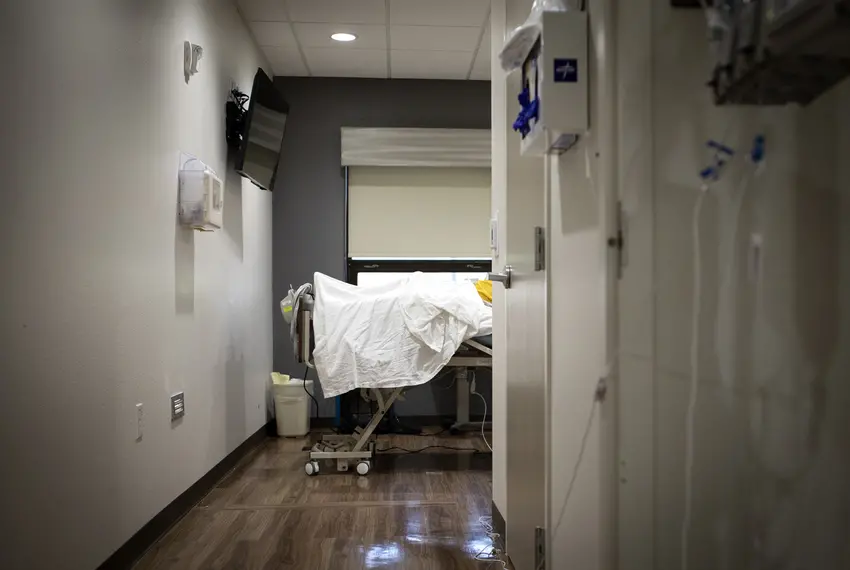 With cases of the new coronavirus and related hospitalizations rising at alarming rates, Gov. Greg Abbott expanded his ban on elective medical procedures Thursday to cover more than 100 counties across much of the state.

Surgeries and other procedures that are not “immediately, medically” necessary — which have already been on hold in many of the state’s biggest cities and several South Texas counties — are now barred in much of the state, from far West Texas to much of Central Texas, Southeast Texas and the Gulf Coast.

Those procedures can still take place in some, mostly rural parts of the state, including the Panhandle and the South Plains, as well as much of North and Northeast Texas, excluding Dallas County.

“We are freeing up more resources to address upticks in COVID-19 related cases,” Abbott said in a statement. “The State of Texas will continue to do everything we can to mitigate the spread of this virus and support our hospitals and health care professionals as they care for their fellow Texans.”

Abbott’s order makes an exception for procedures that, “if performed in accordance with the commonly accepted standard,” would not deplete hospital capacity needed for battling the coronavirus.

As of Wednesday, the number of confirmed COVID-19 patients hospitalized with the virus had reached a record high of 9,610 — twice as many as there were June 25. But the pressure on hospitals is not evenly distributed around the state. Hospital capacity is most taxed around the state’s biggest cities, as well as most of South Texas.

Earlier this spring, when Abbott first barred elective procedures in an effort to conserve medical resources, Texas Attorney General Ken Paxton interpreted that order as prohibiting abortions — a position that sparked a federal lawsuit. The state’s near-ban on abortions disappeared when hospitals proved to have plenty of capacity and the elective procedure ban was lifted.

Abbott’s new ban on elective procedures, first issued in late June as cases began to surge and expanded this week to dozens more counties, has so far not sparked a similar legal battle over abortion. The governor’s March order applied broadly to “all licensed health care professionals and all licensed health care facilities,” whereas the more recent order more specifically targets hospitals.

A tiny fraction — 3% — of Texas abortions were provided at hospitals in 2017, according to the reproductive rights research organization the Guttmacher Institute.

Daily Devotional from The Way Bible Church for July 10th, 2020