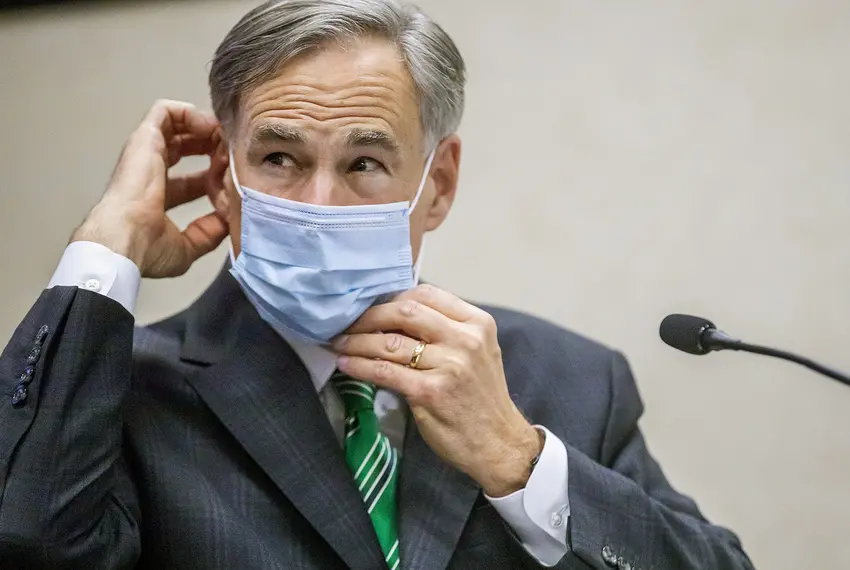 Gov. Greg Abbott on Friday took his most drastic action yet to respond to the post-reopening coronavirus surge in Texas, shutting bars back down and scaling back restaurant capacity to 50%.

He also shut down river-rafting trips and banned outdoor gatherings of over 100 people unless local officials approve.

“At this time, it is clear that the rise in cases is largely driven by certain types of activities, including Texans congregating in bars,” Abbott said in a news release. “The actions in this executive order are essential to our mission to swiftly contain this virus and protect public health.”

Bars most close at noon Friday, and the reduction in restaurant capacity takes effect Monday. Before Abbott’s announcement Friday, bars were able to operate at 50% capacity and restaurants at 75% capacity.

Abbott’s actions Friday were his first significant moves to reverse the reopening process that he has led since late April. He said Monday that shutting down the state again is a last resort, but the situation has been worsening quickly.

On Thursday, he announced the state was putting a pause on any future reopening plans, though none were scheduled and the announcement did not affect businesses that were already allowed to reopen. Earlier in the day, Abbott sought to free up hospital space for coronavirus patients by banning elective surgeries in four of the state’s biggest counties: Bexar, Travis, Dallas and Harris.

Texas saw another record number of new cases Thursday — 5,996 — as well as hospitalizations — 4,739. The hospitalization number set a record for the 14th straight day.

There has also been rapid rise in the state’s positivity rate, or the ratio of cases to tests. The rate, presented by the state as a seven-day average, has gone up to 11.76% — where it was at in mid-April and above the 10% threshold that Abbott has said would cause alarm for the reopening process.

“We want this to be as limited in duration as possible. However, we can only slow the spread if everyone in Texas does their part,” Abbott said. “Every Texan has a responsibility to themselves and their loved ones to wear a mask, wash their hands, stay six feet apart from others in public, and stay home if they can.”