Home Local News Bostock, the Ministerial Exception, and Your Next Hire by John Litzler
Local News

Bostock, the Ministerial Exception, and Your Next Hire by John Litzler 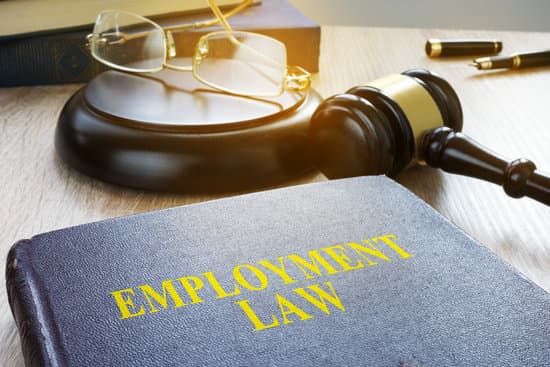 On Monday, June 15, the Supreme Court of the United States (“SCOTUS”) released a 6-3 opinion in three consolidated cases (collectively referred to as Bostock v. Clayton County) holding, “an employer who fires an individual merely for being gay or transgender violates Title VII…” of the Civil Rights Act. The ruling is a landmark victory for LGBT rights and a cause for celebration for many people across the country. For some religious organizations, however, the ruling creates uncertainty about their rights and responsibilities under Title VII when making hiring decisions. On its face, Bostock wasn’t a case about religious liberty…but it’s about to be.

What the Cases were About:

The first two cases, the Bostock case and Altitude Express Inc. v. Zarda posed the same question: Is discrimination against an employee because of the employee’s sexual orientation prohibited by Title VII? The third consolidated case, R.G. and G.R. Harris Funeral Homes v. Equal Employment Opportunity Commission, was argued separately, and asked a variation of the question posed by the other two cases: Is discrimination against an employee because of the employee’s gender identity prohibited by Title VII? You can read a summary of the particular instances at issue in these three cases in our previous article on them here. The cases hinged on the definition of the word “sex” in Title VII of the Civil Rights Act of 1964. SCOTUS’ goal was to interpret the ordinary public meaning of Title VII’s command that it is “unlawful . . . for an employer to fail or refuse to hire or to discharge any individual, or otherwise to discriminate against any individual with respect to his compensation, terms, conditions, or privileges of employment, because of such individual’s race, color, religion, sex, or national origin.” (emphasis added)

What the Court Ruled:

The employers argued that at the time Title VII was passed in 1964 the ordinary meaning of the word “sex” didn’t include an individual’s sexual orientation or gender identity and simply meant the biological distinctions between male and female. For argument’s sake, SCOTUS conceded this definition of sex, but said that was only part of the analysis. The court also analyzed what it meant for the discrimination to be “because of” sex. SCOTUS determined that it doesn’t matter if other factors besides the plaintiff ’s sex contributed to the decision so long as the biological distinctions between male and female were one cause of the decision. The majority held that plain meaning of the phrase “because of such individual’s…sex” includes an individual’s sexual orientation and gender identity stating that, “an employer who fires an individual merely for being gay or transgender defies the law.”

What it means for Religious Organizations:

In writing the opinion for the majority, Justice Gorsuch addressed concerns regarding the religious liberty implications of the ruling stating, “We are also deeply concerned with preserving the promise of the free exercise of religion enshrined in our Constitution.” The opinion cites (1) the express exemption from Title VII for religious organizations that discriminate based on an individual’s religion, (2) the First Amendment can bar application of employment discrimination laws in what is commonly referred to as the “ministerial exception”, and (3) the Religious Freedom Restoration Act of 1993 (RFRA) passed by Congress, “…oper­ates as a kind of super statute, displacing the normal oper­ation of other federal laws, it might supersede Title VII’s commands in appropriate cases.”

But Bostock is not a case about religious liberty, and Gorsuch didn’t detail how these three doctrines might be applied. Instead, the majority says, “…how these doctrines protecting religious liberty interact with Title VII are questions for future cases too.” Last month, SCOTUS heard oral argument in two of those “future cases”, and the Court’s ruling in those cases will have a tremendous impact on religious liberty.

Title VII specifically states it does not apply “to a religious, corporation, association, education institution, or society” with respect to an individual’s religion. This means churches and other religious organizations aren’t violating Title VII when they make an adverse employment decision against a person because of that individual’s religious beliefs differing from the church’s beliefs. Religious organizations can discriminate based on religion for any position, this is true even if the job duties for the position are purely secular tasks. For example, a Christian organization could require that its custodial staff share the organization’s Christian beliefs even if the custodial staff’s only tasks were cleaning, moving and setting up furniture, building accessibility and maintenance, and other secular tasks. But what about situations where an individual claims the employer didn’t discriminate based on religion but for some other discriminatory reason for which there isn’t a statutory exemption? Answering that question requires a deeper understanding of the ministerial exception.

The ministerial exception, sometimes called the ecclesiastical exception, is a legal doctrine under which the freedom of religion in the First Amendment can bar the application of employment discrimination laws, “to claims concerning the employment relationship between a religious institu­tion and its ministers.” In its unanimous 2012 opinion in the case of Hosanna-Tabor Evangelical Lutheran Church and School v. E.E.O.C. (cited by Gorsuch in the Bostock opinion), SCOTUS recognized the ministerial exception for the first time. The “ministerial exception” doctrine applies more broadly than its name implies. The doctrine isn’t limited to churches but applies to all manner of religious organizations. Additionally, the doctrine applies to employees that may not be traditionally described as “ministers” or “clergy”. This is evident from the Hosanna-Tabor case where the Court unanimously applied the ministerial exception to claims of disability discrimination a private school teacher brought against the church. The teacher was not a “minister” in the sense most churches, religious organizations, and people thing of a vocational minister. She didn’t have religious education or training. However, SCOTUS held the ministerial exception applied to her. Though the Court didn’t provide rigid standards for who qualified as a minister, it did provide these four factors it had considered in making its determination:

Although no single factor is determinative, in two concurring opinions, Justice Alito and Justice Kagan said that the final factor, the important religious functions the employee performed for the religious group should be the key to the analysis of who is a “minister” for the purposes of the ministerial exception.

Since Hosanna-Tabor, many jurisdictions have applied the ministerial exception to a variety of contexts broadening the views of both what constitutes a religious organization and what constitutes a minister for the purposes of the exception. Some examples of these cases from Circuit Courts of Appeals include:

2nd Circuit: A chaplain fired from New York Methodist Hospital claimed he was terminated because of illegal racial and religious discrimination by the hospital. In ruling that the chaplain’s discrimination claims were barred, the appellate court considered a chaplain a minister and a faith-based hospital a religious employer for purposes of the ministerial exception. (Penn v. New York Methodist Hospital decided in 2018)

5th Circuit (jurisdiction in Texas): A music director fired from a catholic church in Austin claimed he was terminated because of age and disability discrimination. The music director argued that he didn’t have any formal religious training or education, didn’t have the title of “minister” and performed lots of secular functions like keeping the books and operating the sound system. But the 5th circuit ruled that because the former music director organized the music and accompanied the choir by playing piano, he fell under the definition of “minister”. The appellate court held that church musicians “exercise a genuine liturgical ministry”. (Cannata v. Catholic Diocese of Austin et al. decided in 2012)

6th Circuit:  A spiritual director in Michigan for InterVaristy collegiate ministry was terminated after inability to reconcile with her husband led to a separation in their marriage. The spiritual director then sued her former employer claiming InterVarsity had discriminated against her in violation of Title VII of the Civil Rights Act. The appellate court ruled the former spiritual director’s discrimination claims were barred by the ministerial exception. (Conlon v. InterVarsity Christian Fellowship, et al. decided in 2015)

7th Circuit:  A teacher at a Jewish day school sued the school claiming the school fired her because of a medical impairment in violation of the ADA. The appellate court ruled her discrimination claims were barred by the ministerial exception. (Grussgott v. Milwaukee Jewish Day School, Inc. decided in 2018).

Though there are several other examples of circuit courts applying the ministerial exception broadly, that’s not the case in every jurisdiction. Recently, the 9th Circuit Court of Appeals held in two separate cases, Biel v. St. James School and Morrissey-Berru v. Our Lady of Guadalupe School, that private school teachers could move forward on their respective claims of age discrimination and disability discrimination. The 9th circuit ruled the ministerial exception didn’t apply even when one of the teachers taught Catholic religious beliefs using a Catholic workbook for about 30 minutes a day 4 days a week. SCOTUS agreed to hear the appeal on these cases. Just as in Bostock, they consolidated the two cases and, because of COVID-19, heard oral argument on the cases remotely in May. SCOTUS’ ruling in this case will be critical in clarifying and setting the limits of the ministerial exception and providing uniform guidance for circuit courts dealing with all of these various ministerial exception cases.