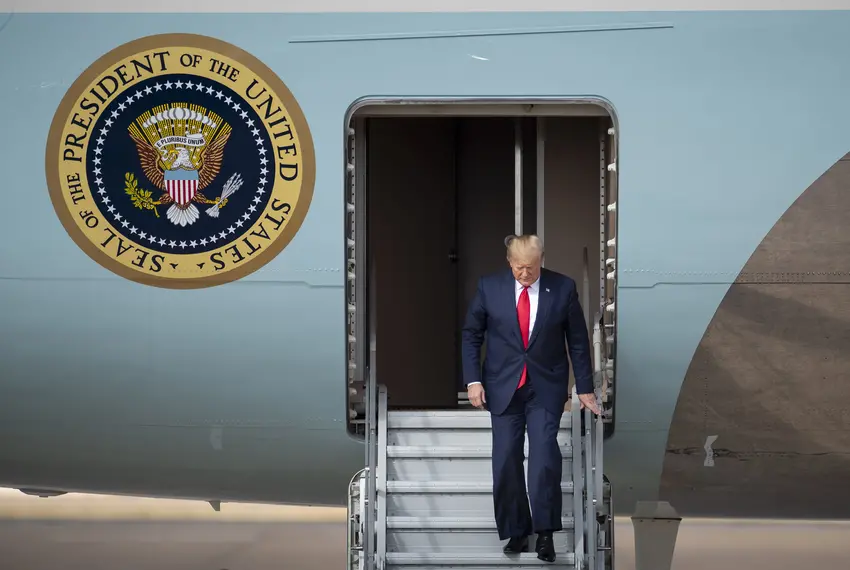 President Donald Trump will participate in a roundtable discussion Thursday with faith leaders, law enforcement officials and small-business owners to discuss race relations and policing during a trip to Dallas, where he’ll later host a high-dollar fundraising dinner.

A senior White House official told The Texas Tribune on Wednesday afternoon that ahead of the dinner, Trump will host the roundtable at 3 p.m. at the Gateway Church Dallas Campus, where he’ll announce his administration’s plans “for holistic revitalization and recovery.”

The White House has not yet disclosed the attendance list. Twelve to 24 people are expected to be in attendance at the dinner — which will begin around 5 p.m. — where admission is $580,600 per couple, the campaign said last month.

Trump will also hear from national and local leaders about ways “the private and public sector can work together to uplift our most vulnerable communities.” Without disclosing names, the senior official said pastors and local law enforcement representatives from Dallas will be in attendance. Multiple senior administration officials will participate, too. A spokesman for Dallas Mayor Eric Johnson told the Tribune that the mayor was invited, but will not be in attendance.

News of Trump’s fundraiser was first announced in late May. Proceeds from the event benefit Trump Victory, the joint fundraising committee made up of the Trump campaign, the Republican National Committee and state parties.

The visit comes as recent statewide polls show a tight race between Trump and Joe Biden, the presumed Democratic nominee for president, in November. According to a Quinnipiac University poll released last week, Biden trailed the president by 1 percentage point in Texas.

Trump has previously drawn criticism on his comments about race. Late last year, he compared the U.S. House’s impeachment inquiry into him to a lynching. In 2017, he said there were “very fine people” among a group of white nationalists and neo-Nazis who were protesting in Charlottesville, North Carolina.

Daily Devotional from The Way Bible Church for June 11th, 2020